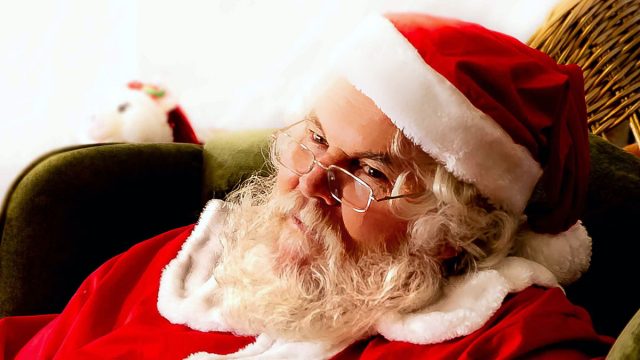 People today believe in an array of Christmas misconceptions.

That’s no wonder, as a holiday existing for over 17 centuries was bound to become overgrown with myths.

Some of these Christmas legends are ridiculously wrong; others have a reasonable base.

Many of us have false ideas even about the very core of the Christmas holidays.

For example, we tend to believe that Christ was born on December 25 and that Christmas is the most important religious holiday, but that can be argued.

The origin of modern Santa Claus and his red suit is also widely debated. Mass media made us think that Santa originated from Saint Nicholas and that Coca-Cola invented his attire, but that’s only partially correct.

While some misconceptions can be justified, other Christmas myths have absolutely nothing to do with reality.

For instance, many Germans have never heard of Christmas pickle, even though it’s considered an ancient German tradition. And “Xmas” is not a modern sacrilegious abbreviation, despite numerous style guides interpreting it as such.

Does having misconceptions about Christmas make one a bad Christian? Of course not.

Gathering historically accurate information is hard these days, so there’s nothing wrong with being wrong as long as you’re ready to learn the truth.

1. Christmas Is the Most Important Christian Holiday

People not closely familiar with the history of the Christian religion often consider Christmas the most important holiday.

This makes sense – what date could possibly be more significant than the birthday of our Lord and Savior? Well, that’s wrong.

Sure, today, Christmas is one of the most notable dates for Christians. But Early Christians considered birthday celebrations a despicable, pagan thing.

Celebrating a person’s death was much more important, and that’s why Easter and days commemorating saints came before Christmas.

So, the first celebration of Easter was recorded in the second century AD, while Christmas appeared only two centuries later.

To this day, both Catholic and Orthodox Christians consider Easter and the Holy Week to be more important from a religious point of view than Christmas.

Christmas is widely known as the day Jesus was born. But the truth is, no one knows for sure whether he was born on December 25 or some other day. This is because the Bible never mentioned Christ’s birthdate.

This belief stems from the calculation hypothesis introduced by Sextus Julius Africanus, who lived in 180-250 AD in Jerusalem and was popularized by Louis Duchesne in the 19th century.

The theory is based on Biblical mention of Christ’s conception date, Nisan 14.

Nisan 14 in the Jewish calendar translates to March 25 in the Julian calendar. Therefore, based on basic knowledge of biology, we can propose that Jesus was born nine months later, on December 25.

Of course, we can’t know for sure that Mary carried him for nine months exactly and not for a longer or shorter period.

But some Biblical evidence indicates he could have been born not in winter at all. For instance, the presence of shepherds surrounding infant Jesus suggests it happened in spring.

Some historians believe that the Christmas date was merely Emperor Constantine’s attempt to weaken paganism that was still widely observed during his reign.

For example, Pagans used to celebrate winter solstice festivals on the same dates as modern Christmas.

Furthermore, Eastern Christians follow the Gregorian calendar that was replaced by the Julian calendar used in the Catholic church in 45 BC.

Based on older tradition, Christmas in Orthodox Church is celebrated on January 7, which means Jesus could have been initially born on this date. But, perhaps, we’ll never find the correct answer.

3. Xmas Is a Sacrilegious Abbreviation

Today, the word “Xmas” is at the very best seen as suitable for commercials; at the worst is considered a blasphemous abbreviation. So how come taking away Christ from Christmas be acceptable? But it isn’t that simple.

The term “Xmas” isn’t a modern invention. It originates from the Greek letter “X,” which reads as “chi.”

It’s the first letter in Greek for Messiah, “Χριστός.” The part “mas” is derived from Latin “missa,” meaning “Eucharist,” same as in the word “Christmas.”

The first historically recorded uses of “Xmas” date to the 16th century. Throughout history, this abbreviation was used by numerous reputable poets, politics, scientists, and royals.

For instance, in 1753, British diplomat George Woodward used “Xmas” in one of his official letters.

In 1811, “Xmas” appeared in Lod Byron’s correspondence. And in 1864, the abbreviation was used by the author of Alice in Wonderland, Lewis Carroll.

Another point to note is that the Greek letter “chi” is also a part of the “chi-rho” symbol that the Catholic Church has used to represent Christ since the establishment of Christianity. So our ancestors didn’t mind using abbreviations to indicate Christ.

Criticism of the word started only in the 20th century and continues to this day. Dictionaries often state that “Xmas” shouldn’t be used in a formal context.

So, is “Xmas” offensive? In no way. You’re safe to use the term as you wish – famous authors and politicians of the past approve.

4. The Origin of Santa is Saint Nicholas

This misconception is partially true. Indeed, Saint Nicholas had a significant influence on the image of the modern American Santa Claus.

But he wasn’t alone in this. Most likely, the modern Santa Claus is a blend of different figures representing holiday spirit.

Before Christianity appeared, Norse pagans celebrated the winter solstice festival, Yule, on the same dates as we today celebrate Christmas.

They believed that Odin, the main god in Norse mythology, used to roam the night sky in his sleigh pulled by a horse named Sleipnir.

He also gave gifts to good people and punished the bad, and had a long white beard. Doesn’t this sound familiar?

At about the same time, people in the British Isles believed in Father Christmas. Initially, he came under a variety of different names and was seen as a personification of the winter holiday season rather than a physical being.

Father Christmas was typically portrayed wearing green, with a wreath of holly or ivy adorning his head as a symbol of everlasting life.

He initially presided over feasts rather than gift-giving, but the perception of Father Christmas changed when Saxons came into play.

Legends say that King Frost would come to homes during winter solstice festivals asking for something to drink or eat.

If people managed to please him, he would grant them the most valuable gift at that time – mild winter.

This way, Father Christmas started to be associated with gift-giving and acquired a long white beard, just like that of Odin or Santa Claus.

One of the most common misconceptions about Christmas is that Coca-Cola invented Santa’s suit.

It’s hard to argue that the brand’s 1931 advertisement had popularized the image of cheerful and plump Santa in a red suit with a buckled belt, but Cola did not invent it.

But even Moore wasn’t the first to depict the Christmas spirit in red.

Historians recorded numerous depictions of Odin, who, as you now know, served as one of Santa’s origins in a red cloak. Saint Nicholas also wore a red robe, as this color is traditional for bishops.

Based on this ancient imagery, Thomas Nast, an American illustrator living in the 19th century, has often portrayed Santa in red, though blue, tan, and green suits were also popular in his works.

Some historians believe that Christmas was invented to replace pagan winter solstice festivals. Such a theory is justifiable, as many modern Christmas traditions and even the image of Santa are partially derived from pagan customs.

Furthermore, Christmas didn’t spread together with Christianity and was introduced later. The first celebration of Christmas was recorded in 336 AD in Rome.

So, was Christmas once a pagan holiday? Likely not. Christianity always strived to distinguish itself from paganism.

Even though pagan traditions were gradually incorporated into modern celebrations, Christmas is an entirely different holiday with a different purpose. Similarities in celebration dates are no more than coincidence.

7. Christmas Pickle Is a German Tradition

The Christmas pickle is, perhaps, one of the strangest Christmas traditions of all time. Following a common misconception, people believe that it originated in Germany.

Legends say that Germans used to hang a pickle on the Christmas tree the last, and the child who found the ornament received an extra gift.

However, many Germans have never ever heard of this custom! Two theories of Christmas pickle origin seem more realistic.

The Christmas pickle story was most likely invented by an American salesman from the early 19th century who used to sell glass ornaments brought from Germany.

Many of them were shaped as vegetables or fruits, and pickles were among the selection. But they never had such a significance in German culture as many of us think.

The second theory is rather dark and twisted. One legend says that two boys were traveling home from a boarding school and stopped at an inn for the night.

They were then killed by an evil innkeeper and placed in a pickle barrel. Saint Nicholas stopped at the same inn the next night, found the boys, and magically resurrected them.

Regardless of the actual Christmas pickle origin, we know for sure that Germans never observed the tradition.