The Complete History of Christmas Cards 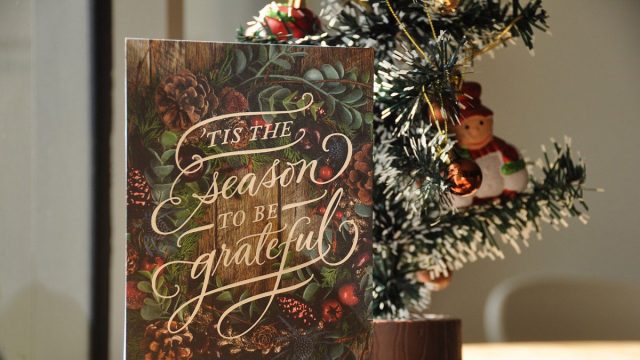 Christmas cards are a long-established tradition observed around the entire globe.

Today, greeting cards are affordable, can feature any picture, from religious to humorous, and are sold on every corner starting with late October.

Because greeting cards have become so widely available and practically inseparable from Christmas celebrations, we rarely think about how the custom appeared and what the first cards looked like.

The truth is, the tradition of exchanging Christmas cards has only appeared under 200 years ago, which isn’t much by historical measures.

Nevertheless, some of the companies created at that time exist today and have become the world’s largest Christmas card manufacturers.

For instance, American cards from the 1860s’ Santas giving gifts to soldiers, and Soviet greeting cards from the war front show Santas with firearms.

The first historical records of an item that looked like a Christmas card dates back to 1611.

It was given to King James I of England and was much larger than a regular card, more resembling a manuscript. The card was folded. Perhaps, otherwise, it would be too large to carry around.

This card featured a rose, and a congratulation addressed to the King and his son around it. On another side of the card were four Christmas poems and a carol. Contemporary compact cards may be handy, but can they fit so much text?

However, this first known Christmas card didn’t start a tradition of sending holiday greetings by post. This was a one-time practice that was forgotten for two centuries until Sir Henry Cole revoked it.

Sir Henry Cole is known as a British senior civil servant, prominent educator, and the founder of the Victoria and Albert Museum in London.

Belonging to the elites, Sir Henry Cole had the misfortune to have too many friends. This may not seem like a struggle at all, but the old English custom of sending Christmas letters had become overly popular at that time.

In the 19th century, the government introduced the Penny Post, which enabled people to send letters to any location in the country by attaching a dedicated stamp to it. The system worked just like the modern postal service.

Thanks to this technological development, all Sir Henry Cole’s friends were sending him letters that required a response. This caused him to start searching for an efficient yet elegant way to communicate Christmas greetings.

And so, the idea of greeting cards with Christmas pictures hit Cole in 1840. He collaborated with a friend John Horsley, who happened to be an artist.

Together, they created the first commercial Christmas card depicting a family feasting at a table flanked by images of people helping those in need.

Sir Henry Cole and John Horsley issued over a thousand cards with this design.

The cards were much more like the modern version than the one King James I of England received in 1611. They measured only 5 1/8 x 3 1/4 inches and were printed on stiff cardboard.

At the top of the card, Cole has included a “To…” line that enabled people to personalize the greeting, and that’s still featured on most cards nowadays.

A generic “A Merry Christmas and A Happy New Year to You” wasn’t missing either.

The most popular images were Nativity scenes, robins, the traditional British bird, and snow scenes that reminded people of the bad winter of 1836.

One of the Christmas cards of that era is displayed in the British Museum. It was created by William Egley, who also made illustrations for Charles dickens’ books.

The Queen Victoria of England has begun the tradition of official Christmas cards depicting the royal family or other significant personas.

Former US President Calvin Coolidge adopted the idea in 1927, and since that time, White House Christmas cards have been a long-standing custom.

In The History of the Christmas Card (1968), George Buday stated that “In the manufacture of Victorian Christmas cards we witness the emergence of a form of popular art, accommodated to the transitory conditions of society and its production methods.”

By the start of the 19th century, the tradition of sending greeting cards for Christmas had spread across Europe.

Christmas Cards in the US

Christmas cards were brought to America not that long after they were first introduced, in the late 1840s. However, at first, they were very expensive and not available for regular people.

That was until Louis Prang, a printer who also worked on the first cards produced in the UK, started mass card production in 1875.

Everything is cheaper in bulk, so the tradition was quickly spreading in the US. Prang’s cards usually featured flowers, children, and nature scenes.

In 1915, the Hall brothers established Hallmark Cards, one of the biggest card manufacturers in the world to this day.

They introduced a new card format – 4 x 6 inches, folded once, and inserted in an envelope. This way, people got enough place to write everything they wanted to say without having to compose an entire letter.

In the early 20th century, handmade cards became popular. People were attaching delicate appliques, ribbons, and foil on cardboard and gifting such cards in person, as they were too fragile to be sent by post.

Talking about Christmas cards and the image of Santa Claus, we can’t leave behind Thomas Nast’s influence.

This German-born American cartoonist has created a multitude of illustrations related to the Christmas topic and is accountable for the modern perception of Santa.

Between 1863 and 1886, Nast worked for Harper’s Weekly, drawing Santa Claus in any attire imaginable. But typically, his Santa featured a white beard and red suit with a buckled belt.

Thomas Nast didn’t initially create illustrations for Christmas cards. But in the 1870s’, many of his drawings were adopted for this purpose or served as inspiration for other artists.

In fact, some of the images circulating on Christmas cards today are also inspired by Nast’s works.

Christmas cards arrived in Scandinavia from the USA via Denmark and Germany in the late 19th century.

First cards sold in Sweden and Norway were imported from Denmark, but soon, Nordic artists started drawing their own illustrations in a very distinct style.

Scandinavian Christmas cards often featured snowy nature scenes and characters from Norse mythology, such as Tomten or Nisse, instead of Santa Claus. In addition, these cards carried somewhat humorous motifs rather than religious ones.

One notable figure in Scandinavian Christmas card production was Jenny Nystrom. She drew over 600 Christmas illustrations featuring traditional Norse characters that are used even on modern greeting cards.

The first Christmas cards appeared in Eastern Europe and Russia in the late 19th century.

Interestingly, until 1904, the law prohibited people from writing anything apart from their name and address on the cards. This rule may be related to the fact that the post at that time wasn’t as private as it is today.

The first local Christmas cards were produced in 1895. Unlike Scandinavian and American cards, Eastern European illustrations were often focused on religion, depicting Biblical motifs. Images of snow scenes and children were also popular.

Following the October Revolution of 1917, Christianity was banned on Soviet territories, and consequently, so was Christmas. Greeting card exchange stopped until World War II, during which people used to send cards from and to the front.

Eastern European greetings cards from the 1940s were mainly focused on New Year as it wasn’t prohibited, but the bravest people also tried to revoke Christmas celebrations.

As a result, these cards typically featured Santa Claus in new perception: holding firearms, driving tanks, or flying to space.

However, the real renaissance of Christmas cards in Eastern Europe only happened in the 1990s. The tradition was banned in the region for nearly a century.

This may be surprising, but Japanese people absolutely love Christmas, even though it has been celebrated in the country for only a few decades.

Japanese holiday cards are called nengajo. This is because the custom of sending greeting cards for New Year originated in Japan back in the Heian era (794-1185). But today, people exchange nengajo cards on Christmas, too.

Japan’s postal service followed the European example in the 1870s, allowing people to send cards and letters with a stamp attached.

So, the traditions of sending greetings with only one’s name, address, and a nice picture were developing in Japan and Europe parallelly.