The Complete History of Winter Festivals 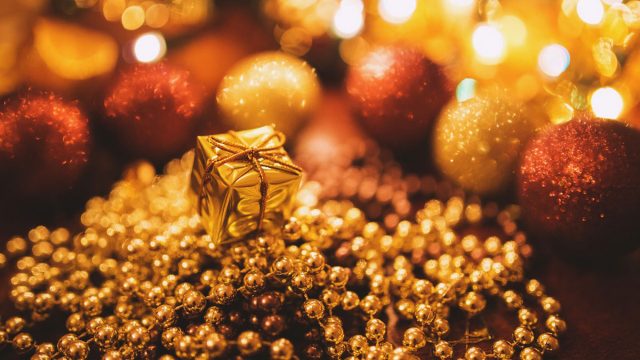 Winter festivals have been celebrated in every region around the world since the early times.

They typically marked the winter solstice, anticipating the soon arrival of spring.

People would worship gods and perform rituals to ward off evil spirits or ensure a good harvest.

Some ancient pagan winter solstice festivals share traditions with Christmas and are sometimes even considered to serve the origin of Christian winter holidays.

But while Norse and Roman winter festivals were brought to an end, some cultures preserved their traditions throughout centuries.

For example, Iranian Shabe Yalda and Chinese Dong Zhi appeared long before Christmas, and the celebrations of these festivals didn’t change a bit.

Some winter solstice festival traditions, however, were lost or are extremely hard to track. So, historians don’t know much about the customs of the Native American festival Soyal.

But we know for sure that this native festival was the most critical period of the year and involved some truly unique rituals.

It honored the agricultural god Saturn, who is the father of Jupiter, Neptune, and Pluto. Initially, Saturnalia was celebrated as a single-day holiday but later was expanded to a week-long festival.

Saturnalia celebration is a source of many modern Christmas traditions. So, all social activities such as work were put to a halt. Moreover, even slaves didn’t work during the festival and actively participated in festivities.

People decorated their homes with evergreen plants, such as holly and ivy, anticipating the soon arrival of spring and symbolizing fertility and eternal life. Regular clothes were replaced with colorful attires known as synthesis.

Romans spent their time singing, feasting, and dancing. Gambling was prevalent. Masters provided table service for their slaves, as Saturnalia was seen as a time of liberty.

Romans even exchanged gifts, just like we do for Christmas. Typically, the gifts were wax figurines known as Sigillaria or pottery.

Saturnalia wasn’t all feasts and fun, though. The holiday involved numerous religious rituals.

For example, the feet of the Saturn statue at the main temple in Rome were bound in wool, which was removed during the festival as a symbolic liberation.

In some households, people chose a mock king, called the Lord of Misrule or leader of Saturnalia. His responsibility was creating mischief, such as insulting or chasing guests and wearing odd clothes.

The pantomime tradition widely observed in the UK these days originated as a Saturnalia custom.

All roles were performed by a single actor, who used masks, dressing up, and exaggerated facial expressions to convey the story. The performances were mute.

Saturnalia had such a special significance for the Romans that celebrations continued long after the festival was removed from official calendars.

Norse and Germanic pagans celebrated the Yule festival at about the same time Romans observed Saturnalia tradition. The history of Yule stems from the Wild Hunt described in Norse mythology.

During the Wild Hunt, gods followed by Odin roamed the night sky. However, some records mention the Devil as the leader of the Wild Hunt and identify his followers as elves, Valkyries, or ghostly dogs.

Seeing the procession in the sky was believed to bring the witness’s death or a catastrophe such as war or plague.

Odin was often depicted wearing a wreath of evergreen plants and was believed to give out gifts to good people and punish the bad. His sleigh was pulled by a horse named Sleipnir.

Before holly became associated with Christmas, it was used to decorate houses at Yule, warding off evil spirits. Mistletoe, in turn, was seen as a symbol of fertility.

As the name suggests, the tradition of burning the Yule Log also has pagan roots.

People would burn an entire tree trunk honoring Thor and preventing evil spirits from coming close to their homes. They believed that the faster the log burned, the sooner spring would arrive.

Some historical records suggest that Thor was the main gift-giver rather than Odin. His chariot was pulled across the sky by two goats.

People used to make goat figures from straw to worship Thor, and the custom is still popular in Scandinavian countries.

Celtic Druids used to sing in orchards during Yule to attract good harvest, a practice known as wassailing. They would then drink spiced ale from wassail bowls.

Unlike Europeans, the Chinese didn’t change their winter holiday traditions much – the festival’s history can be traced to the Han Dynasty (206 BC -220 AD).

Dong Zhi is the time when families gather together to feast. According to Chinese belief, short and old winter days were low in Yang energy, so people strive to eat high Yang foods to balance it.

The traditional Dong Zhi foods include fatty dumplings made with meat and herbs, rice balls symbolizing reunion, and rice cakes.

In Taiwan, people bake nine-layer cakes to worship their ancestors. These aren’t regular sweet cakes, though – instead, they are made with meat and rice flour and are animal-shaped.

Apart from feasting, Chinese people would gather at their ancestral temples.

They would also stick some tangyuan rice balls to doors, windows, or the dining table as protective talismans. They are supposed to ward off evil spirits from children.

In ancient times, Iranians considered Yalda Night to be important for agriculture and animal husbandry. It’s a time of joy and light.

Iranians believe that people are prone to evil spirits on the long and dark Shabe Yalda and thus tend to stay awake throughout the entire night. They recite poetry, feast, and burn candles to ward off the spirits.

In the latter days of the Roman Empire, Saturnalia was commonly replaced by festival worshipping Sol Invictus, or the god of sun.

The first Emperor to favor the god of sun was Aurelian, and the last inspection referring to Sol dates to the fourth century CE. Some even suggest that Christmas was introduced to replace the holiday commemorating the birth of Sol.

Following the traditions established during Saturnalia celebrations, the Romans made wishes, exchanged gifts, and feasted. They even kissed under the mistletoe.

Sol Invictus was believed to ride a racing chariot drawn by four horses. For this reason, December 25th was celebrated with chariot races.

While such races were also common on regular days, their number on Natalis Invicti raised noticeably.

Soyal is a winter festival of Native American tribes Zuni and Hopi held on December 21st.

At Soyal time, the elderly members of the tribe tell stories, passing down their wisdom to children. Native Americans believed that everything happening throughout the year was arranged at Soyal, so each ritual was highly important.

Hopi used to make prayer sticks from feathers and pinyon needles to bless their community members. In addition, children were given dolls dressed up as benevolent kachina spirits to help them learn about their history.

Unfortunately, not many Soyal ceremony details are preserved to this day. However, some records suggest people would dress in headdresses and carry shields with star or antelope symbols. They would then enter the kiva and separate into two groups.

The bearer of the shield featuring the sun symbol would run from one group to the other, representing the attack of hostile powers on the sun.

On one side of the kiva, people would make an altar with corn contributed by each family of the community.

We know that the first Christmas celebrations date to the fourth century in Rome, but the way the holiday started to be celebrated is a common topic for debate.

Some historians suggest the Roman Emperor Constantine introduced it in an attempt to replace the pagan festivals Saturnalia and Natalis Invicti.

This theory makes sense, as many ancient Roman traditions remained unchanged, and the dates of these festivals are very close to Christmas.

However, dates may be a coincidence. The thing is, December 25th could be based on calculations derived from the Bible, as Christ’s conception date is March 25th.

In other words, we don’t know the origin of Christmas for sure, but Romans certainly had a hand in popularizing the holiday.