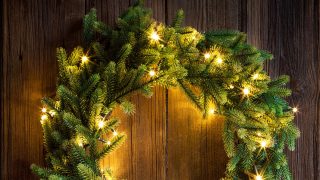 The Complete History of The Christmas Pickle

The Christmas pickle is one of the strangest Christmas traditions across the entire globe.

Perhaps, the only custom that could compete with the Christmas pickle in eccentricity is the Japanese KFC Christmas dinner.

Following the tradition, an ornament shaped like a pickle or, sometimes, a real pickle is hidden under the Christmas tree.

Whoever finds it first is believed to receive good fortune for the upcoming year or an extra gift.

Today, most Americans consider the tradition to have a German origin. But the issue is, nearly no Germans have ever heard of a Christmas pickle.

And those who did likely found out about it from an American friend. So, what’s the real story of the Christmas pickle?

Some have heard of a Civil War story involving a kind-hearted prison guard who has saved a prisoner from death by giving him a pickle.

Others claim the custom is derived from an old legend about Saint Nicholas, who resurrected two boys who were killed and hidden in a pickle barrel.

However, neither of these versions is correct. The real father of the Christmas pickle tradition is an American entrepreneur from the late 19th century who had a great imagination.

No wonder the custom is mostly observed in the US, and a small town in Michigan is even called the Christmas pickle capital of the world.

The widely accepted version of the Christmas pickle tradition origin is that it started in Germany centuries ago. This theory is mentioned all over the web as an unconditional truth.

On Christmas Eve, parents used to hang a pickle-shaped ornament on the Christmas tree long after other ornaments were in place.

In the morning, children searched for the pickle, and one who found it first received an extra gift from Santa Claus.

The most reasonable explanation for such an odd ornament choice is that pickle’s green color blends with the green boughs of the tree.

But even if you consider this version plausible, the Christmas pickle tradition likely has different roots.

Is Christmas Pickle a Myth?

People even remotely familiar with German Christmas traditions can easily find flaws in the pickle legend. First of all, German children don’t typically open their gifts on Christmas morning – they do this on Christmas Eve.

Another point is that German traditions are generally very solemn. Each of them has a religious or symbolic significance, and the version with the pickle only being chosen because it matches the Christmas tree color doesn’t fit the context.

But the biggest problem with the Christmas pickle story is that no one in Germany seems to have heard about it.

The question has come up numerous times on the American Association of Teachers of German (AATG) community forum.

Teachers from the US and Europe strived to find a single German person knowing about the tradition, not even mentioning observing it. Surprisingly, they didn’t succeed.

From what we know, traditions in Germany differ depending on the region, and the Christmas pickle could have been a custom observed by a small group of people in a specific area. It could have even been a custom of a single immigrant family.

Rita Mace Walston, a creator of a guide “Germany for Visitors,” wrote a few years ago:

“I did some first-hand research, asking friends, acquaintances, and even a few Christmas market vendors if they knew of the custom. I consulted my family in Bavaria, my best friend in Swabia, and folks who hailed from the different regions of Germany. No one had a clue as to what I was talking about. One acquaintance wanted to know if I wasn’t trying to pull one over on her.”

However, after conducting research, Rita has found another possible origin of the Christmas pickle tradition.

Rita Walston found a story told by a descendant of a soldier who participated in the American Civil War. The soldier’s name was John Lower, born in Bavaria in 1842.

According to the story, John Lower was sent to prison in Andersonville, Georgia during the war.

Starving and in poor health, he begged the prison guard to give at least one pickle to eat before he would die. The guard felt pity for him and brought John the pickle.

While pickles aren’t very nutritious, this single pickle gave John Lower the mental and physical strength to live and fight.

When the war ended, and John reunited with his family, he started hiding a pickle among tree branches each Christmas, commemorating the guard’s kindness.

This legend sounds more poetic, but is it genuine? The story fits the timeframe – the custom became widespread in the US in the 1880s, and the war ended in 1865. However, some may argue that a dying person is unlikely to ask for a pickle.

Furthermore, the reason Americans found out about the tradition is that in the 1880s, Mr. F. W. Woolworth began selling pickle-shaped glass ornaments imported from Germany.

Isn’t it strange that a custom that started in Georgia had made a journey to Germany and back to the US in only 15 years, during a time when the internet and phones didn’t exist?

This seems unlikely, so most historians today agree that the Civil War origin of Christmas pickle is no more than a warm-hearted family legend.

While most Germans have never heard of the Christmas pickle, there may be a somewhat tenable German connection. The first Christmas tree ornaments were produced in Germany in the 16th century by Hans Greiner in Lauscha, Germany.

These first ornaments were made from glass or tin and featured star, flower, heart, vegetable, and fruit shapes.

Some of them likely looked like pickles. A few centuries later, in 1832, Queen Victoria of England imported some of Greiner’s ornaments and hung them on her Christmas tree.

In 1840, a picture of Queen Victoria’s Christmas tree decorated with glass ornaments was published in a London newspaper.

Under the influence of her husband, native German Prince Albert, Greiner began exporting the ornaments throughout all Europe.

It was only a matter of time until Greiner’s ornaments found a way to the US. Specifically, American entrepreneur W. F. Woolworth discovered them during his visit to Germany and started importing the ornaments to the US in the early 1880s.

Still, they became extremely popular due to fun designs and Woolworth’s business sense, and the salesman managed to make a fortune.

Very likely, such a success is related to the Christmas pickle legend invented by Woolworth. We don’t have enough evidence to claim the salesman had a plan of deceiving people into believing this was an old German tradition to boost sales.

He could have genuinely believed in it himself. Still, most historians agree Woolworth is the father of the Christmas pickle story many of us know today.

Christmas pickle tradition is much more popular in the US than it is in Germany. But one region in America is especially enthusiastic about the custom – Michigan.

Michigan is known as the Christmas pickle capital of the world. Every December from 1992 to 2003, a small town called Berrien Springs held The Christmas Pickle Festival with a festive parade led by the Grand Dillmaster.

The region was chosen because it was primarily settled by German immigrants. Furthermore, there are multiple pickle processing plants in Michigan.

The reason for such a decision is an attempt to attract more people from the surrounding areas to join the celebrations.

The festival chairman and the former Grand Dillmaster Chuck Voytovick says that every region has its own Christmas celebrations, and not many people are willing to sacrifice them to participate in The Christmas Pickle Festival.

The last week of July, in turn, doesn’t involve any major holidays and thus is a great time to host the celebration.

The Berrien County Historical Association and 1839 Courthouse Museum at 313 N. Cass Street in Berrien Springs sell pickle ornaments and chocolate-covered pickles as treats during the festival.

A Twisted Version of Pickle Origin

Another version of Christmas pickle origin is related to Saint Nicholas, the origin of modern Santa Claus.

A medieval legend narrates about two boys who traveled home from school for the winter holidays. On their way, boys saw an inn and decided to stop there for a night.

However, the innkeeper turned out to be an evil person who murdered the boys and put them in a pickle barrel. The same evening, Saint Nicholas was traveling past the inn and sensed something was wrong.

He stopped at the inn and discovered boys in the barrel. The tale could be truly gruesome, but Sant Nicholas miraculously brought boys back to life.

However, some versions of this story feature a meat barrel rather than a pickle barrel.