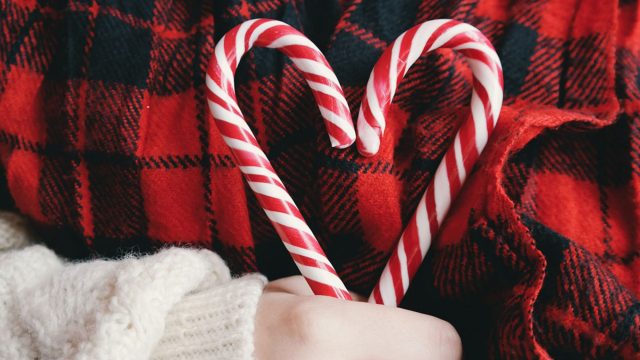 There are many well-known Christmas symbols, and Christmas candy canes are a mark that is recognized by everyone.

No matter your age or if you enjoy sweets, everybody has had a candy cane at some point in their lives.

So when did they start? Candy canes have been around for so long that someone rarely asks the question of where they come from. Being a treat that seems as old as time, you might start to wonder where it all began.

You might be wondering about the candy cane origin and believe that it is a recently invented holiday treat.

Some children might even ask, “when were candy canes invented?” but the fact is that these sweets have been in production for decades, and their origin can go as far back as the 16th century.

Candy cane could be as old as the first candies in Ancient Egypt. With such a surge in popularity, candy canes have become a Christmas staple and will last well into the future.

Who Invented The Candy Cane?

Since candy canes have been around for so long, it’s hard to pinpoint their exact origin. Some might expect a brief history of the candy cane, but there are many arguments about the creator of the famous Christmas treat.

There is one particular legend of the candy cane that has the most popularity. The story is of the choirmaster from the Cologne Cathedral in Germany and explains why he invented candy canes in the first place.

It is said that around 1670, candy cane history began when the choirmaster gave the sugar sticks to his singers to keep them quiet during a Christmas Living Creche ceremony, which is a Nativity scene.

It is said that the choirmaster had these candies shaped into crooks like a shepherd’s staff to keep up with the Christmas theme.

Since Church didn’t consider candy to be appropriate, giving the treats the shape of a staff could make them more appropriate.

Either way, the legend might not necessarily be true. Because pulled sugar sticks were so popular in Germany at the time, the hook might have been added as a trend for the Christmas season, and the candy became a tradition on its own.

Nonetheless, the first recorded case of candy canes was in 1847 when August Imgard, a German immigrant, popularized the Christmas tree in the United States and placed the candies amongst the ornaments.

Therefore, we can argue that August Imgard is the official creator of the candy cane. Or at least, the reason why they became so popular in America.

Believe it or not, the candy cane’s noticeable red and white coloring was not its original design. Candy canes at first were only white.

Christmas cards from the 19th century depict these white hooked candies being popular during the Holiday season, giving us concrete proof of their original color.

So why the color change? At the beginning of the 20th century, the red stripes appeared in the candy, and many believe that it was the doing of one person.

The McCormack family continued to distribute their signature red and white candy cane and sold millions of sticks a day. And, of course, the closer to the Christmas season, the higher the sales.

Where Did That Shape Come From?

Before color was introduced to the candy cane, its only noticeable feature was the hook on the end.

While many still say that the choirmaster brought the shape for the holiday season, it can be argued that it was already becoming a popular part of the candy.

Some will mention that the hook appeared because it makes the canes easier to hang on a Christmas tree, and this is possible.

As people made the treats in their homes, adding them as decoration to the tree was becoming more common, and what easier way than adding the curved shape?

Treats like cookies and fruit were already a standard placement on the tree, and it would be normal to include candy in the mix.

Some will argue that the hook of the candy cane is meant to look like the letter “J” and is a reference to Jesus. But with this very noticeable hook, so few candy makers at the time, it is easy to wonder how candy canes are made.

One of the most complex parts for the McCormacks was that the unique shape of the candy cane was only attainable by hand. Therefore, as the candy cane came off the assembly line, it had to be bent, creating the need for many workers as millions of canes were produced daily.

As a result, the candy canes were weak and easy to break. The loss was sometimes over 20% as the canes would break and no longer be marketable.

Eventually, they created a factory machine to add twists and turns to the candy canes, improving production value.

There are a few theories to the candy cane’s stripes, just as there is to its shape. Why choose a symbolic red and white when it can simply be a solid color?

One legend says that it was a way for Christians to communicate with each other using code. As they were persecuted in the 17th century in Germany or England, they used the code to represent the Holy Trinity and the sacrifice of Jesus.

Some people say that the red stripe symbolically represents the blood of Christ as he was sacrificed on the cross, and the white is seen as purity.

The Meaning Behind the Treat

While many will argue the symbolic origin of candy canes, they possibly evolved out of coincidence. The meaning of the candy cane differs and can reference religion or family.

As the popularity of the candy cane grew, so did the legends and need for the symbolism behind it.

When it comes to the signature peppermint flavoring, it is said that it was chosen to represent the hyssop plant. This plant was used for purification in the bible, adding to the Christian symbolism behind the candy cane.

Initially, candies were created for medicinal purposes. Peppermint being one of the oldest medicinal herbs used for nausea and stomach pain, it was mixed into medicine with sugar to make their consumption more palatable.

Peppermint candy sticks became popular throughout Europe simply because of the decrease in the price of sugar, allowing more people to enjoy the taste.

Being a typical household treat allowed it to evolve into the candy cane, and the symbolism of peppermint representing Christianity and the bible came later.

These new colors provide no symbolism or meaning to the candy cane and are just for variety and taste preference.

Canes On The Tree

Although August Imgard carries the first documented candy canes on his Christmas tree in 1847, Germans had used them long before that.

Candies and treats were part of the Christmas tree before the many colorful glass and ceramic Christmas ornaments became popular.

Christmas trees would be adorned with candied apples and almonds, dried oranges, and cinnamon sticks. Apples were the first treats and motifs placed on the tree, being a symbol of rebirth.

Sugar preserves well, and since food was a typical placement on the tree, items that were candied or coated with sugar would last much longer as opposed to perishable foods. In addition, the candy cane recipe is pure sugar, allowing it to keep for a long time.

As to who began placing the canes on Christmas trees, no one knows. However, going back to the candy cane story of the choirmaster, it is believed that candy canes were placed on display on the Christmas trees in church for easy access for the children.

The hook of the candy cane made it ideal for placement on the tree. Whether the hook was added for this purpose or the evolution of its shape is a natural occurrence, the candy cane has kept that unique shape and remains recognizable throughout many cultures.