What is Kwanzaa? Is it Linked to Christmas? 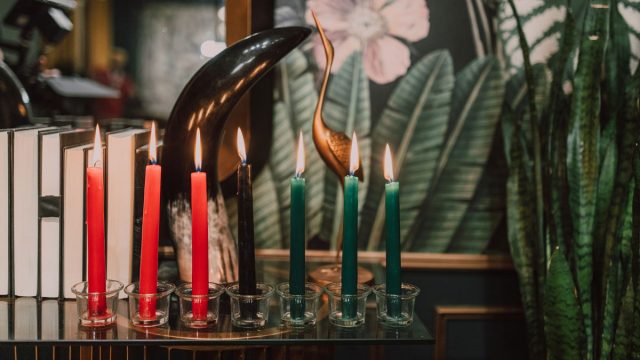 African American festival of Kwanzaa is becoming increasingly popular in the US. That’s no wonder, as the percentage of the black population in the US exceeds 14%.

Learning what the festival celebrates, its history, and traditions is a great way to show respect to cultures residing next to you.

This may be surprising, but the Kwanzaa tradition didn’t arrive in America from Africa. Instead, it originated here in the US not that long ago to preserve African culture integrity.

Unfortunately, Kwanzaa is often called “African Christmas,” and it’s very wrong. The holiday has nothing to do with religion.

Furthermore, many African Americans in the 20th century refused to celebrate even New Year that doesn’t relate to Christianity due to its connection with Western culture.

If you look close enough, you can find links between nearly any two holidays. Of course, Kwanzaa and Christmas have similarities, too, but the differences outweigh them drastically.

But while the festival has African roots, people outside of the community are also welcomed to participate. White American celebrities, such as Angelina Jolie, gladly accept such an invitation.

Kwanzaa is an annual holiday in African American culture held from December 26th to January 1st. Its name is derived from Swahili and means “first.”

While this may be surprising, Kwanzaa is a modern holiday. It was first celebrated only in 1966 and was created by Maulana Karenga. He was born in 1941 and is an American professor of African studies.

Karenga’s purpose for creating Kwanzaa was to pay tribute to the ancient African festivals celebrating the first fruit harvests. The goal of such festivals is to thank gods for food and celebrate good fortune.

These festivals were held during the southern solstice that typically occurs on December 21st instead of December 24th here in America.

African people used to sacrifice the first fruit harvest to gods. The sacrifice was always attended by the king and performed by high priests.

The tradition is still widely followed in African regions, including the kingdoms Swaziland and KwaZulu-Natal.

Kwanzaa was meant to serve as an alternative to existing in the US winter festivals for African Americans.

Its main goal is to preserve the rich African culture that many people born or raised in the US tend to forget and replace with American traditions.

Kwanzaa is based on seven principles, which Karenga describes as “African communitarian philosophy.”

The first principle is unity, or the aim to maintain family, community, and national values.

The second principle is self-determination, or the bravery to define, name, and speak for oneself. Finally, the third principle is collective responsibility.

The cooperative economics principle encourages African Americans to build and develop their own businesses for common profit.

The fifth principle is called Nia, which translates as “purpose.” It encourages people to develop their culture and preserve traditions, giving meaning to the community.

The last two principles are creativity and faith. Karenga advocates for faith not in gods but rather in people and encourages them to be creative to improve the community.

Kwanzaa is a family holiday, although this may not be obvious for people outside of the African community. For Americans, a typical family consists of grandparents, parents, and children.

But ancient Africans didn’t have limits on who to call family. The oldest male was the leader, and everyone else was considered one large family.

How Is Kwanzaa Celebrated

During the Kwanzaa festival, people decorate their homes with various objects paying tribute to African culture.

Household decorations also include fresh fruits and vegetables – the holiday was inspired by harvest festivals, after all.

Every day, people light up one candle on a traditional seven-brand candleholder. The candles are lit up from left to right and represent the black community, its struggles, and hope.

During the sixth day of the Kwanzaa celebration, people perform the libation ritual. In this ritual, liquid or grains are offered to spirits, paying homage to the dead.

Typically, the liquid is wine, and a prayer accompanies the process. Similar rituals were documented in many other religions.

That’s understandable, as this would violate the integrity of the Kwanzaa holiday and support the culture that was oppressing the African community.

But avoiding American traditions while living in America is a challenging task. Over time, more African Americans started celebrating Christmas and New Year along with Kwanzaa.

As the dates of these celebrations intersect, some Western customs were adopted by the African American community.

The modern blend of Kwanzaa and New Year was also influenced by the fact that Karamu Ya Imani, or African Feast of Faith, happens on December 31st.

The sixth day of the Kwanzaa festival is similar to New Year in a way, as it involves consuming traditional foods in the family circle and exchanging gifts.

African Americans celebrating both occasions usually dedicate time to their Karamu in the early evening and to New Year’s feast during the night.

A typical Karamu program starts with welcoming all guests, paying particular attention to the elders. During the welcoming phase, people honor their culture, singing songs, dancing, and citing poetry.

The second phase of Karamu is dedicated to remembering the ancestors and is accompanied by some type of cultural expression.

The third phase is dedicated to a reassessment of cultural values and recommitment. People often invite guest lecturers for short talks that are meant to provide them guidance in life.

The last phase of the Karamu feast is the rejoicing and libation ritual. During this ritual, people one by one sip liquid, usually palm wine or water, from a communal cup to show remembrance to the ancestors.

These dishes come from African cuisine and are mostly made from vegetables and fruits.

Like any celebration, Kwanzaa has unique symbols representing the meaning of this holiday. The most notable Kwanzaa symbol is Kinara, a seven-branched candleholder. In fact, “kinara” translates as “candleholder” from Swahili.

Three red candles are placed on the left side of Kinara, one black in the center, and three on the right.

These candles are called Mishumaa Saba and symbolize the seven principles described by Karenga. As Kwanzaa lasts for seven days, a new candle is lit up every day starting from the left.

Like in most other cultures, Africans place special meaning on the candle color.

The red candles represent the struggles of the black community in America, the green symbolizes hope, and the black candle stands for the people of the community.

Kinara is traditionally placed on a special mat called Mkeka along with corn, a unity cup, and gifts. Crops symbolize the historical foundations for the Kwanzaa holiday and the hard work of African American people.

The Similarities Between Kwanzaa & Christmas

It’s no wonder Kwanzaa and Christmas can seem similar at first glance. Both celebrations happen at the end of December and root to pagan solstice festivals.

They are celebrated in a family circle and involve rich feasts with delicious foods.

The similarities between Kwanzaa and Christmas don’t end here. The tradition of lighting up candles in a Kinara resembles Advent.

Christians also light up candles of specific liturgic colors at certain times to symbolize something they believe in.

While Kwanzaa and Christmas are similar in some ways, these two holidays have significant differences. The core distinction of Kwanzaa from Christmas is that it isn’t a religious holiday but rather a cultural one.

Christmas celebrates the birth of Jesus Christ, who is considered the Lord Savior of Christians around the globe. But Kwanzaa is about paying tribute to African culture and preserving its integrity.

It doesn’t worship a single man but rather the entire community. Kwanzaa’s message is: “each of us is unique and worthy, and together, we can make the African community stronger.”

Furthermore, Christmas has been around since the fourth century. On the other hand, Kwanzaa is a modern holiday that has surpassed the 50-year mark only in 2016.

For this reason, we know who exactly invented Kwanzaa but tracing the man behind Christmas celebrations is nearly impossible.

But even if we neglect the core differences between these holidays, we will see that the traditions aren’t all that similar.

For instance, the customs of lighting up Kinara and Advent candles may seem similar at first. But the symbolism behind these practices differs.

Advent candles represent the joy of soon Christ’s arrival and joy of celebration, whereas Mishumaa Saba stands for community struggles and seven principles.

Carolyn Morrow
Recommended Articles
What Are The Colors of Christmas?Christmas or Xmas?
Hello, I'm Carolyn