Christmas in The United Kingdom 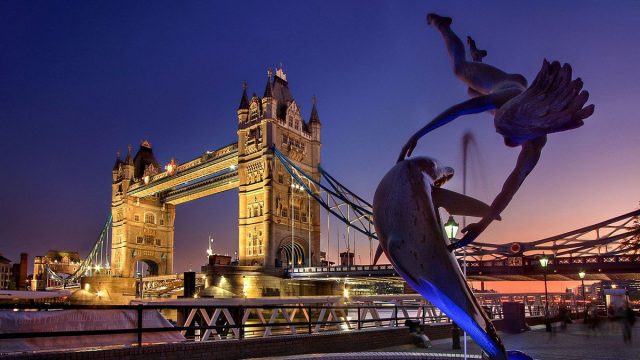 Christmas in the UK is a time for family activities, sharing and caring, and honoring ancient traditions.

As Britain was a powerful Empire from 16th to the 20th centuries, many modern American, European, Australian, and even African Christmas customs are influenced by the Brits.

Some of the customs we share with Britain are shopping on Boxing Day, eating Christmas pudding, and watching pantomimes. However, not many of us know how these traditions appeared and what their meaning was initially.

Other British Christmas observances are lesser-known worldwide. These include wassailing, Stir-up-Sunday, and dressing up as Father Christmas. Many of such customs have pagan roots but were adopted by Christians in the Middle Ages.

Of course, British Christmas wouldn’t be British without the Royal Christmas Message. People of all ages and in every town gather around their TV screens to listen to the Queen’s recall of the year’s important events and her wishes.

For example, British people actively participate in charity throughout the holiday season, supporting those in need and spreading love. Perhaps, that’s a tradition we really should adopt.

Wassailing is a unique ancient British custom that’s not as widely observed today, yet it isn’t gone entirely.

The history of wassailing stems from pagan times when druids sang in orchards to ensure a good harvest for the following season.

They used to drink wassail during the ritual, a sort of eggnog made with cloves, ginger, nutmeg, eggs, sugar, roasted apples, cream, and ale. It was served in large bowls called wassail bowls.

The word “wassail” is derived from Old English “waes hael,” translating as “be well.” For this reason, “wassail!” is sometimes used as a toast.

When Christianity took over paganism, the tradition wasn’t lost but rather was adapted.

Instead of singing in orchards, wassails now went door to door, singing Christmas carols and offering house owners a drink from the wassail bowl in exchange for gifts.

Modern wassailing has a lot in common with caroling, yet carolers don’t offer a drink to homeowners.

The term “mumming” refers to a folk play performed by traveling amateur actors in costumes who visited houses during the holiday season.

Sometimes, mumming was performed by community members who visited the houses of neighbors and friends.

If homeowners welcomed mummers inside, they would sing, dance, or recite poetry. Then, the hosts had to guess mummers’ identities before giving them some food or drink.

To make the process more challenging, mummers often cross-dressed or changed their voices.

Same as wassailing (and many other modern British Christmas customs), mumming originated in pagan times.

At that time, the leader of the mummer group used to dress as Father Christmas, who was known under different names back then and represented the spirit of winter solstice festivals.

Today, mumming is more prevalent in Ireland than in the UK, particularly in Wexford county. However, some villages in England preserved the custom, and it even managed to spread to Philadelphia.

Pantomime is a theatrical performance with Ancient Roman roots, yet it experienced a true renaissance in Victorian Era Britain.

That’s no wonder, as the Brits were huge fans of acting, observing the custom of mumming for centuries before pantomime made it to the UK.

Originally, pantomime was mute, and a single actor performed all roles. In fact, the word “pantomime” originates from Latin “pantomimus,” meaning “imitator of all.” But over time, pantomimes acquired new elements.

In the 19th century, British pantomime was performed by dozens of actors and involved audience participation, ballet, singing, acrobatic tricks, and slapstick comedy.

It was typically based on children’s tales and promoted the classic “god defeats evil” narrative.

Modern pantomime is not much different from the plays performed in the Victorian Era.

It remains one of the most favored family Christmas entertainments in the UK, and the time from November to February is known as the pantomime season.

Stir-up-Sunday is a pre-Christmas tradition of making plum pudding or mince pies on the last Sunday before Advent.

The name of this custom is derived from the 1549 Book of Common Prayer, which features a collection starting with a phrase, “Stir up, we beseech thee, O Lord, the wills of thy faithful people.”

According to an ancient belief, every family member should stir the pudding mixture or mincemeat clockwise and make a wish while doing so.

If someone stirs the mixture counter-clockwise, they will get bad luck for the upcoming year.

Often, a silver coin is hidden inside the pudding. Whoever finds the coin will be lucky the following year. Sometimes, the coin is replaced with a ring, and if a bachelor finds it, he’s believed to get married soon.

Londoner Tom Smith invented them in the 19h century. The first Christmas crackers contained sweets inside, as they were inspired by French almond sweets bon-bon.

However, such crackers were too expensive for ordinary people, so the company had to replace treasures with riddles, mottos, and witty puns. As a result, modern Christmas crackers often feature the same jokes as two centuries ago.

Since the start of the 20th century, Tom Smith & Company has created custom crackers for the British Royal Family.

The British Royal Family has always been highly important for the Brits, so watching the Queen’s speech is a widely observed Christmas tradition. The first-ever Royal Christmas Message was a radio broadcast by King George V in 1932.

Since 1952, Queen Elisabeth II has read the Christmas message and is broadcast not only on radio but also on TV and online.

The message usually contains a chronicle of the most important events of the year and an inspiring wish to the nation.

Fun fact, Queen Elisabeth II never said “Merry Christmas” in her speech. Instead, she prefers “Happy Christmas,” which, following a common misconception, is considered a modern invention in the US and Europe.

Charity has always played a significant role in British social life, and it’s especially popular at Christmas time. Many British Christmas traditions revolve around gathering money to help others, such as caroling and Christingle services.

Christingle services are, perhaps, the most notable charitable activity in Britain. The first service was held in 1968 by The Children’s Society, one of the UK’s largest charitable organizations.

During the service, kids make a construction from an orange, candle, ribbon, and fruits. They then sell their Christingles on Christmas markets or go caroling with lit-up candles, collecting money from homeowners.

However, participating in social activities to help others isn’t mandatory.

For example, British people can support those in need even by purchasing Christmas cards or food in local stores – often, a percentage of the funds is donated for good deeds.

Father Christmas is not another name for Santa Claus. It’s an entirely different figure and a much older one. The history of Father Christmas stems from pagan winter solstice festivals.

Of course, at the time, he was known under different names and didn’t yet represent the Christmas spirit but rather everlasting life and encouraged people to have fun and feast.

Father Christmas also wasn’t portrayed as an older man with a white beard giving gifts to kids, as he is often depicted nowadays. Instead, he wore a green robe and an ivy or holly wreath and was of a much younger age.

The perception of Father Christmas changed under the Saxon and Norse influence. Over time, he acquired features of Odin and started to be associated with gift-giving and Christmas celebrations.

Today, Father Christmas is a familiar character in Mummer’s plays and children’s books, and parents often dress up as him when bringing gifts to their kids.

Many Christmas dishes we consider traditional originated in Britain and were brought to America by British colonists. These include roasted turkey, Christmas pudding, mince pies, and eggnog.

Christmas pudding started out in the Middle Ages as frumenty, oat porridge mixed with spices and dried fruit consumed during pre-Christmas fast rather than on Christmas Day.

In the 16th century, Brits started adding eggs and breadcrumbs into the recipe to make it thicker. A century later, porridge was removed from the recipe entirely, and pudding acquired an association with Christmas celebrations.

Eggnog originated at about the same time as Christmas pudding and has undergone numerous recipe changes until it became the thick, creamy, spiced drink we’re familiar with today.

However, eggs and milk always remained the most important ingredients.

Some foods are unique to the UK, though. So, British Christmas dinner always includes Brussel sprouts, cranberry sauce, and pigs in blankets.

December 26 is known as Boxing Day, which started as a day off for servants. They used to receive special Christmas gifts from their masters and go home to give presents to their families.

Today, Boxing Day is known as a shopping holiday. Stores offer significant discounts and tend to stay open for longer than usual. Think of it as British Black Friday.