Christmas in The United States of America 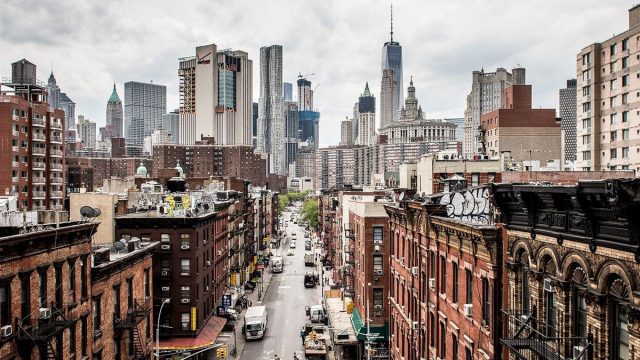 Christmas in the USA has a special significance, even though the first celebrations were recorded only in the 16th century, 1300 years after the tradition appeared in Rome.

Today, it’s considered the most wonderful time of the year, anticipated by children and adults across the country.

Some American Christmas traditions originated in Britain, and that’s no wonder, as the Brits actively colonized the region since the 17th century.

Although the US is long freed, the customs of caroling, eating Christmas pudding, and attending pantomimes were preserved through centuries.

While many local Christmas traditions weren’t invented in the US, Americans managed to bring them to a whole new level.

Some customs, however, are unique for the US. So, the Christmas pickle legend was invented by an American salesman, though some claim it has German roots.

An American citizen also introduced Chrismons, and so was the Secret Santa tradition.

Christmas is the time when the entire family comes together.

The Christmas tree attracts over 125 million people annually, many of whom are arriving from other countries.

The first-ever Rockefeller Center Christmas tree was put up in 1931 on the money of the center’s workers. It was a 20 feet tall balsam fir ornated with handmade garlands made by the worker’s families.

Over the years, the Christmas trees were becoming more and more impressive. For instance, in 1936, Rockefeller Center featured two trees, and in 1969, the tree’s ornaments were made by famous American sculptor Valerie Clarebout.

In 2004, the tree was decorated with a 550-pound Swarovski star. Architect Daniel Libeskind redesigned the concept in 2018.

Christmas pickle is a unique American Christmas tradition that is wrongfully believed to have German roots.

The truth is, nearly none of Germans have ever heard of the Christmas pickle. Most likely, the legend was invented by American entrepreneur W. F. Woolworth in the late 19th century.

Woolworth was importing German Christmas tree glass ornaments, many of which were vegetable and fruit-shaped. But, perhaps, some of them also looked like pickles.

To raise the sales, Woolworth was telling everyone that German parents used to hide a pickle among Christmas tree branches, and whoever found it was believed to have a lucky year.

Some claim that the Christmas pickle custom originated during World War I when an American soldier who was sent to prison asked a guard to have one last pickle before he died.

The guard was kind and gave the soldier the pickle, which gave him the strength to live on. However, this version is likely no more than a local Christmas legend.

Since the 1930s, American children have been leaving out a plate of cookies and a glass of milk for Santa on Christmas Eve. Perhaps, you’ve also observed the custom in your childhood?

The tradition originated during the Great Depression when many parents strived to teach their children to show gratitude and help others.

Although economics has improved, kids across the US leave treats for Santa to this day, whether out of kindness or wishing to receive more gifts on Christmas Day.

However, some historians speculate that the custom can be traced back to Norse mythology.

During the Yule winter festival, children would leave out for Odin’s horse Sleipnir, hoping to receive gifts in return. The custom I still observed in Denmark, the Netherlands, and Belgium.

Caroling involves going from house to house, singing Christmas carols, and giving out well wishes to homeowners. In return, carolers often get treats, money, or other gifts.

The early version of caroling is wassailing, a medieval English tradition.

Wassails used to sing to trees in orchards in the hope of a great harvest and drink spiced milk drink with ale, the origin of modern eggnog. Later, wassailers stopped singing to trees and began visiting homes.

The tradition came to the US in the 19th century. At first, caroling was exclusive to church services, but it quickly became a widely observed custom.

The drinking part was waived, and wassail songs were replaced with Christmas carols, such as “Holy Night” and “Joy to the World.”

According to research conducted by Pew Research Center, about 16% of Americans go caroling each year. That’s nearly every fifth US resident.

Gingerbread houses are popular in many parts of the world, but especially in the US and Europe. Despite the name, a gingerbread house isn’t always a house – it can be a castle, a cabin, an animal, or even a human figure.

Gingerbread baking originated in the 27th century in Germany, likely inspired by the tale about Hansel and Gretel.

However, the custom came to America only in the early 20th century with German immigrants. Pennsylvania and Maryland were the first to adopt the tradition, but soon, it spread across the entire country.

The world’s largest gingerbread house was made in 2013 in Texas. It was 2,520 square-foot large, weighed nearly 3,000 pounds, and was fully edible, containing over 35.8 million calories.

So, even though gingerbread houses didn’t originate in the US, the most notable examples were undoubtedly created by Americans.

Secret Santa tradition appeared in the US in the 20th century. Perhaps the custom’s father was philanthropist Larry Dean Stewart, who secretly sent out $100 bills to Kansas residents.

In case you’re unfamiliar with the tradition, it involves secretly giving a gift to a randomly assigned person within a group or community. Sometimes, the gift giver’s identity remains secret; the receiver must guess it in other cases.

Secret Santa tradition is prevalent in American schools, universities, and offices. It’s a great way to unite people and bring the holiday spirit to a community without leaving anyone behind.

Chrismons are a sort of Christmas tree ornaments featuring Christian symbols. They are traditionally made in white and gold colors.

The symbols can be embroidered, painted, or carved in wood. The colors white and gold symbolize purity and faith.

Chrismons were introduced n 1957 by Frances Kipps Spencer of Ascension Lutheran Church in Danville, Virginia. She strived to give more meaning to Christmas tree decorations, reminding people of the real meaning of the holiday.

Chrismons are typically hung on the Chrismon tree in churches. Most churches have specific guidelines for placing each ornament.

There are over 40 symbols in total, including different crosses, fish, a candle, stars, a crown, chi-rho, and an angel.

Christmas in America is the time for family reunions and fun. The most-favored entertainments for friends and family are watching Christmas movies, shopping, ice skating, and attending cultural performances, such as opera, ballet, or pantomime.

According to the YouGov survey, the most popular Christmas movies in the US are Home Alone, It’s a Wonderful Life, A Christmas Story, Elf, Die Hard, and How the Grinch Stole Christmas.

The shopping season starts with Black Friday in November and ends in late January. However, the most Christmassy shopping day is Boxing Day, December 26.

However, some dishes are unique for every state. For instance, people in Alaska prefer prime rib, while in Hawaii – Kalua pork.

Many American Christmas foods were brought here by English colonists in the 17th-18th centuries.

But over time, the menu became less intricate though not less delicious. This was primarily influenced by the wide spread of Christmas tradition in all social classes and economic crises.

In northern states, Christmas pudding is often replaced with Yule Log, a sponge roulette filled with heavy cream and decorated to resemble a log.

The King’s Cake, in turn, is consumed on Epiphany, commemorating the Three Wise Men. A small Jesus figure or a coin is hidden inside, and whoever finds it is believed to have a lucky year.