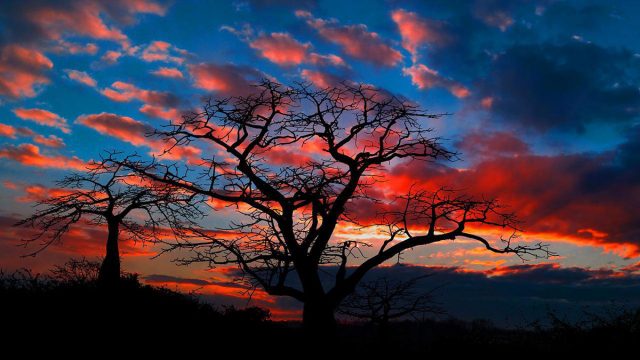 Christmas in Angola may lack snow, Christmas markets, and fragrant firs adorned with baubles, but it doesn’t lack a festive spirit.

The majority of the Angolan population spends the holidays at home with their loved ones, enjoying traditional food.

Angolan Christmas traditions are familiar to every American or European, including nativity scenes, Christmas trees, and gift exchange, but all have unique peculiarities influenced by local culture.

Perhaps, the biggest distinction between Angolan and American Christmas is the weather – for South Africans, Christmas is a summer holiday.

When Did Angolans Begin Celebrating Christmas?

Christianity in Angola has existed since the late 15th century, but Christmas wasn’t yet widely celebrated. The history of Christmas in Angola began in 1576 when the country became a Portuguese colony.

The first Christmas celebrations in Angola date to the 1590s. For comparison, Christmas in Rome was celebrated since the 4th century and became widespread in Europe in the 9th century.

Nowadays, over 80% of Angolans are Christians and celebrate Christmas.

Angolan culture was largely influenced by the Portuguese, so Angolan Christmas dinner involves some Portuguese dishes. However, most recipes are unique to the region.

Most Angolans wait until they return from the Midnight Mass to start the dinner, but those who don’t attend church can begin the feast earlier. Angolan Christmas food contains a lot of peanuts because they’re native to the region.

For example, paracuca is peanuts roasted in cinnamon, sugar, or hot spice Angolans often eat as a dessert or appetizer. Another simple yet tasty snack is bananas roasted in honey.

Dried and fermented cassava, a nutty-flavored root vegetable, is a common side dish at the Angolan Christmas feast.

The most popular main entrée is mufete, grilled fish with beans and sauce from chopped onions, tomatoes, bell peppers, lemon, and oil.

Some Angolans cook chicken and serve it with cassava. Fish Calulu, a fish dish with okra, sweet potato leaves, palm oil, and tomatoes, is a staple of Angolan festive dinner, just like lobsters which are plentiful in the region.

Turkey and chicken with stuffing are also common. The favorite Angolan Christmas dessert is Bolo Rei, translated as King Cake, a Portuguese Christmas cake made with dried fruit and nuts and topped with sugar powder and candied cherries.

Bolo Rei traditionally has a circular shape and is lighter than the British Christmas cake. It has a delicate sweety-spiced flavor and usually doesn’t contain alcohol.

Other dessert options include passionfruit mousse and mukua mousse – mukua is the fruit of a baobab tree. On Christmas Day, many Angolans gather for the traditional festive barbecue with friends and neighbors.

Although Angolans don’t forget about the religious connotations of Christmas, the most important for them is to spend time with their loved ones. In this sense, Christmas in Angola is no different from Christmas in the U.S. or Europe – it’s a family holiday.

However, for South Africans, “family” is a broader term than for most Americans or Europeans. Angolans believe that family is anyone dear to one’s heart and welcome all extended family members, friends, and even neighbors to the traditional feast.

So, while Christmas in Angola is a family holiday, Angolan homes are always packed with children, grandparents, cousins, uncles, and anyone else wishing to attend.

There’s room for everybody – that’s a rule deeply rooted in the Angolan tradition of hospitality.

The church attendance rate for Midnight Mass in Angola is close to 90%, so local cathedrals are always crowded on Christmas Eve.

For most Angolans, Christmas celebrations begin in the church at midnight and end at home with a family feast. Christmas Eve evening is usually quiet – people are preparing for the church services.

Angolans wear their best clothes when attending the Midnight Mass, and many people gift their loved ones new church attires. However, some Angolans prefer to watch the Mass on TV while indulging in traditional foods.

Nativity scenes are widespread among Christians globally but are especially significant in South African countries. You’re unlikely to find a single Angolan home without a nativity scene set up in the best-visible place.

Some Angolans display small, traditional nativity scenes with Mary, Joseph, Jesus in his crib, shepherds, the Magi, and farm animals. Such nativity scenes are sold in shopping malls or are passed on from generation to generation.

However, many Angolans make nativity scenes themselves. Each handmade nativity scene is unique – its look depends solely on the creativity of the young family members responsible for crafting the scene.

Some families make only Jesus’ crib, traditionally from wood but sometimes from cardboard, plasticine, clay, or other materials. Others skillfully carve figurines of biblical characters, paint them for a realistic look, and surround the scene with grass.

Christmas in Angolan Villages vs. Cities

People in the countryside or small towns consider Christmas the most important holiday of the year and prepare for it both materially and physically for months.

People in Angolan villages always attend church services throughout the entire Advent season and save money because they can’t afford fancy foods served at the Christmas feast. Some Angolans rear cows, goats, or chickens specifically for Christmas.

Attending the Vigil and Midnight Mass is a must for people in rural areas.

Angolans living in villages don’t simply listen to biblical readings but follow them, taking care of others – for example, families with more material resources share food with poorer neighbors.

Apart from attending the church, people in villages prefer to stay at home throughout the Christmas season.

They have no funfairs or Christmas markets, so entertainment usually includes singing traditional songs, chatting, and playing games.

Life in Angolan cities is more prosperous, and Christmas preparations are more organized. Angolans living in urban areas also attend church services, but they have a more relaxed attitude to Christmas.

For them, Christmas isn’t solely a religious holiday that must be spent quietly with family but also a chance to party. Many people light fireworks, gather at main city squares to dance and attend local Christmas events.

Another distinction between Christmas celebrations in Angolan villages and cities is that urban areas have a lower church attendance rate.

Firstly, people have more activities to choose from, and some decide that attending a concert is more fun than a Midnight Mass.

Secondly, unlike Angolans living in villages, those living in urban areas have a TV and can watch the Mass on the National Television Channel while indulging in Christmas food.

Villagers don’t always exchange gifts because not everyone can afford them. However, many people living in cities consider gifts integral to Christmas celebrations.

The nativity scene is always in the spotlight of any Angolan home. Poorer families can’t afford any other decorations, but Christmas isn’t about string lights and colorful baubles, after all.

Christmas trees are a universal symbol of the winter holidays. Pines and firs aren’t indigenous to South Africa, so finding a real tree is challenging, but many Angolans use artificial Christmas trees.

Some Angolans are really creative with their Christmas trees, making them from wooden planks, metal rods with string lights, and other unconventional materials.

Christmas trees in public places are also faux, but that doesn’t prevent them from radiating a merry atmosphere.

Some locals use native trees instead of firs and spruces, such as yellowwood. The main city square of Luanda, the Angolan capital, features the largest Christmas tree in the country, shining in a myriad of fairy lights.

Shopping malls and other public spaces compete in decoration extravagancy, setting up bright festive displays with Santa in his sleigh and other holiday figures.

Gifts, But No Santa

Angolan residents have very different quality of living, so not everyone can afford to exchange gifts. People in rural areas place greater importance on attending church and family gatherings than on gifts.

However, they sometimes exchange handmade gifts or essential items like soap or candles. On the other hand, Angolans living in cities exchange gifts just like Americans or Europeans.

Usually, Angolans only give presents to family members and exchange Christmassy postcards with heartwarming wishes with friends and neighbors. They don’t necessarily send the postcards by post – handing one in person is deemed acceptable.

He’s not much different from American Santa and leaves gifts under the Christmas tree or in shoes on the windowsill. Some Angolan kids believe that gifts are the responsibility of baby Jesus.

However, kids living in rural areas don’t believe in Santa because gift exchange isn’t as widespread. They may receive treats or toys from parents, but not from an old man with a white beard.