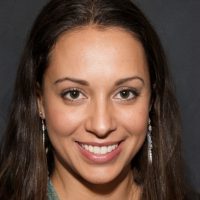 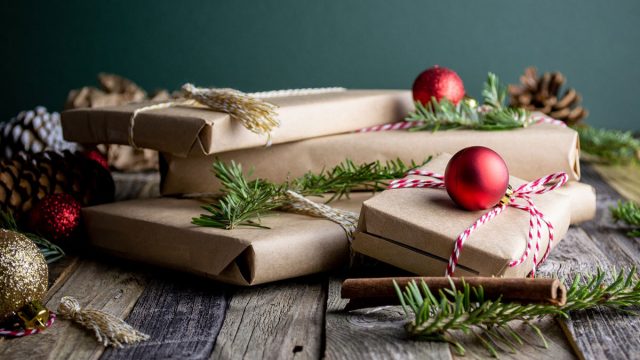 Christmas Day commemorates the birth of Christ and has not only religious but also cultural significance.

Some Christmas Day traditions differ depending on the region and particular family; others have been observed around the entire globe for centuries.

It’s hard to find a place where people don’t exchange gifts or gather around the table with the family on Christmas Day.

These traditions are the very core of Christmas celebrations, regardless of the regional influence.

Many American Christmas Day customs were brought here from the UK during the colonization times. These include caroling, eating Christmas pudding, and kissing under the mistletoe.

Some customs that originated in the US throughout the 20th century, on the opposite, were adapted by the British.

For instance, the US is the motherland of the ugly Christmas sweater and the best Christmas movies of all time.

Gift exchange is one of the best-known Christmas Day traditions. For some, it’s even the main reason for awaiting this holiday.

Gift-giving custom is so long that its origins are hard to track.

Furthermore, it isn’t exclusive to Christianity – people of numerous other religions mark the end of the year exchanging gifts as a sign of gratitude, appreciation, and care.

According to a popular theory, Christians have adopted this tradition from the pagan winter solstice festival Saturnalia.

Ancient Romans used to provide a bounty to Saturn, then exchange gifts with the loved ones, and continue with partying throughout the night.

Today, Christians in the US and Central Europe exchange gifts on December 25, though in some European countries, it is done on Christmas Eve.

Kids believe that presents are brought by Santa Claus and strive to behave well throughout the year to please him.

Caroling is an ancient British Christmas tradition that was brought to the US in the late 17th century.

Back in the day, carolers were much more demanding than they are today. The custom originated in feudal times.

On Christmas Day, servants would visit the house of their lord, singing “Here We Come A-wassailing” song, and ask for some money or food.

Carolers wouldn’t go away until the lord complied and could even vandalize his property if he refused.

Thankfully, today, people are free and go caroling with solely friendly intent, welcoming the Christmas spirit into every home.

Hiding a pickle between the Christmas tree branches is one of the strangest Christmas traditions of all time, about on the same level as the Japanese custom of eating KFC as a holiday dinner.

Whoever from the kids finds the pickle first is believed to have a lucky year.

Initially, people in the US thought it was an old German custom – perhaps, some still believe it. However, this legend was invented by an American entrepreneur W. F. Woolworth in the early 1880s.

Woolworth was importing German glass Christmas tree ornaments, many of which were shaped as vegetables. Pickles likely were among the selection, and the legend about an ancient German custom helped to boost the sales.

Regardless of the Christmas pickle origin, it became a nationwide-observed holiday tradition.

A small town, Berrien Springs in Michigan, even became known as the Christmas pickle capital of the world, hosting a pickle parade every year.

Kissing under the mistletoe is the most romantic Christmas tradition, but not many know how it originated.

Mistletoe has carried a special significance since pagan times. Ancient Romans and Celtic Druids associated its evergreen leaves with fertility and peace.

They often decorated houses with mistletoe throughout the Saturnalia season, warding off evil spirits and welcoming spring. However, people only started kissing under the plant in Victorian times.

Just how mistletoe transformed from a sacred plant to holiday decoration involved in the kissing tradition is debated.

But servants in 18th-century England were allowed to steal a kiss from any woman standing under the mistletoe.

If a woman refused, she was believed to get bad luck for the upcoming year. People at that time were much more superstitious, so men rarely missed a kiss. That’s likely the very reason the tradition became so widespread.

The rich, spicy, warming flavor of gingerbread is closely associated with winter holidays. But have you ever wondered why we make gingerbread at Christmas?

The history of gingerbread biscuits stems from Roman Empire, but at that time, they didn’t yet feature intricate designs.

The first record of human-shaped gingerbread biscuits is from the court of Elizabeth I of England – they were meant to resemble important guests.

In the 17th century in Germany, gingerbread baking was a reputable profession. Only professionals were permitted to make gingerbread, except for one day of the year. At Christmas, anyone was allowed to bake it.

As ordinary people only baked gingerbread on December 25, the recipe became tightly linked with celebrations and family bonding. To this day, many families spend their Christmas morning shaping gingerbread men, angels, hearts, and stars.

With the development of cinematography and technology, watching Christmas movies became one of the favorite holiday family entertainments.

And for a good reason – Christmas movies never fail to bring in the holiday spirit and inspire us to be better.

According to Rotten Tomatoes, the best Christmas movie of all time is It’s a Wonderful Life (1946). This may seem odd since the movie is so old, but all doubts fade away after you watch this timeless masterpiece.

Some Christmas movies even turned into franchises, releasing a sequel every year or two – Home Alone, A Christmas Story, and Santa Baby are only a few examples.

Wearing ugly comic knits is among the most fun Christmas traditions.

Most people wear them on Christmas Day, though some prefer to show off their holiday cheer on Christmas Eve, the last day of work before holidays, or throughout the entire season.

The first holiday-themed knits appeared in the 1950s, with the commercialization of Christmas. They weren’t ugly at all; on the opposite – Christmas sweaters from the 1950s’ featured elegant color combinations and patterns.

It all changed under the influence of The Cosby Show. Bill Cosby was a huge fan of humorous knits and wore a new piece nearly every show.

Some of his sweaters featured abstract patterns, others nonsensical images such as hair combs, and a few complied with the holiday theme.

One thing remained constant: they were odd and a tad bit tacky. And the audience loved it.

With the release of Bridget Jones’s diary, ugly Christmas sweaters have forever received a place in our hearts. Darcy’s reindeer jumper was a manifest of humorous attitude to oneself and life.

Despite major commercialization, Christmas remains the celebration of Jesus’ birth.

In schools, it’s often marked with the Nativity Play – the recreation of Jesus’ birth and the subsequent visit of shepherds and the Three Wise Men.

Centuries ago, Nativity Plays involved real donkeys an ox, but today, farm animals are performed by dressed-up kids. However, the first Nativity Play was performed not by kids but rather by monks in a cave in Italy.

In churches, Nativity Plays are rare. Instead, churches put up a Nativity Scene – a crib surrounded by core figures of the nativity story, usually full-sized.

It’s meant to remind people attending the church about the real meaning of Christmas.

Traditional Christmas food differs from region to region, though some dishes can be found on nearly any Christian’s holiday table. One of such foods is the Christmas pudding.

Christmas pudding originated in medieval England as frumenty, thick oat porridge with dried fruit and spices. Over time, porridge was replaced with eggs, sugar, and wine for a thicker texture and richer flavor.

Today, Christmas pudding with slight variations is eaten all over Europe, in the US, Canada, and Southern America.

In Brazil, pudding is made with rum; in Italy, it has a cylindrical shape and features vanilla sourdough with lemon zest.

Apart from Christmas pudding, people in the US and parts of Europe eat turkey and stuffing, glazed ham, and pigs in blankets. The most popular Christmas drinks are eggnog and mulled wine.

Like Christmas pudding, eggnog and mulled wine have ancient British roots. The recipes of these drinks, however, haven’t changed as much – a 15th-century posset recipe is nearly identical to modern eggnog served in bars.

For many, Christmas dinner is the most important part of the celebration. It’s the time for real family bonding, storytelling, gratitude, and cheer.

Christmas food is delicious, but it’s only an addition to these magical moments.

Related Articles
The Elf On a Shelf: Origins Of a New TraditionWhat is The Christmas Spirit? (Origins & Meaning)
Hello, I'm Carolyn