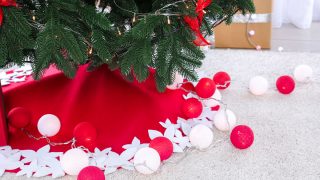 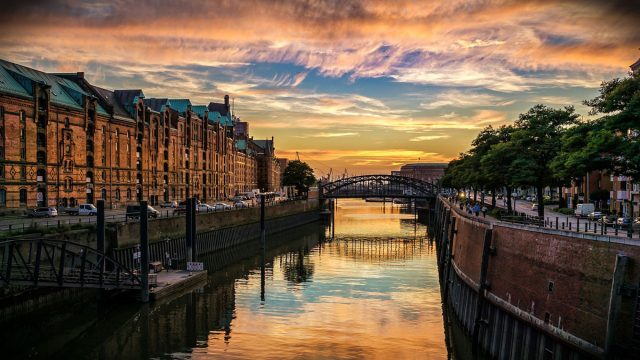 Christmas in Germany is a truly wonderful time of the year. If you’re ever dreamt of visiting a winter wonderland, book your tickets right now.

This isn’t a surprise, as Germany can easily compete with Britain in the number of Christmas traditions originating in the region.

Germans have also made the first tinsel and Christmas baubles.

Like all people around the globe, Germans consider Christmas a family holiday and gather together to enjoy traditional foods and exchange gifts.

However, unlike Americans or British, Germans do this on December 24th.

The differences between German and American Christmas traditions don’t end with the date of celebrations. For instance, German kids believe in Christkindl instead of Santa.

The truth is, German Christmas customs are pretty unique and thus especially fascinating.

Not many know, but the tradition of decorating the Christmas tree originated in Germany in the 16th century.

Although people used evergreen plants to symbolize eternal life since pagan times, in were Germans who came up with the idea to adorn firs with ornaments.

Those who didn’t have the money to buy a Christmas tree constructed pyramids from wood and decorated them with any other evergreen plant boroughs.

The first Christmas tree glass baubles also originated in Germany a few centuries later, in the 1800s. Hans Greiner in Lauscha is said to be the first manufacturer of glass ornaments.

Interestingly, Greiner’s ornaments, some of which were shaped as pickles, were later imported to the USA by an entrepreneur F. W. Woolworth, who told Americans that the Christmas pickle is an ancient German Christmas tradition. However, this was just a legend aimed at raising sales.

Naturally, decorating the Christmas tree still is a big thing in Germany, just like in the rest of the Christian world.

But unlike Americans who prefer to do that as early as possible, many Germans consider it a Christmas Eve tradition.

On December 24th, German families gather together to decorate the Christmas tree and prepare food for the evening feast.

Often, the youngest member of the family is responsible for placing a star on the top of the Christmas tree.

Some modern German kids believe in Santa Claus, but most still prefer the Christkindl – German gift-giver traditionally depicted as a child with blonde hair and angelic wings.

Christkindl was promoted by Martin Luther during the Protestant Reformation of the 16th-17th centuries.

He was meant to represent the reincarnation of Jesus as an infant, though today, he is mainly perceived simply as an angel-like figure bringing gifts.

German children never see Christkindl, as parents tell that Christkindl won’t come if they are too curious.

Some parents secretly ring a bell, telling children that Christkindl has left presents under the Christmas tree and is now gone.

You may be wondering, doesn’t someone seeing the Christkindl opening a Christmas market counteract the belief in Christkindl’s fear of being spotted? Well, that’s a good question.

Either way, the Christkindl is chosen among Nuremberg residents by readers of local papers voting for their favorite candidate.

Germany is not only the homeland of the angelic Christkindl but also of the scary, evil Krampus.

In case you’re unfamiliar with this figure, Krampus is an anthropomorphic character from Alpine folklore who punishes misbehaving children during the Christmas season.

Of course, that’s just a legend aimed at motivating kids to behave well. No one punishes them with birch rods, but nearly every German kid finds an additional gift in their stocking.

In some regions, children and women are more afraid of Frau Perchta, a terrifying witch dressed in rags and resembling an old crone. If the description doesn’t seem scary yet, she carries a knife under her skirt.

Frau Perchta is very judge-y regarding the state of homes she visits. If someone’s home isn’t cleaned until Epiphany, she is believed to set on fire clothes or the entire house.

Christmas is all about gathering with family and enjoying delicious foods. Germans do this on Christmas Eve rather than on Christmas Day like Americans and many other Europeans.

However, religious families who attend the Midnight Mass don’t eat meat until Christmas Day and instead prefer eating fish meals.

The most common poultry alternative is sausages – it’s also a common meal on regular days. Sausages are usually served with sour cabbage (known as sauerkraut) or potato mash.

It’s made with potatoes (obviously), herbs, mayo or sour cream, onion, and celery. Sometimes, some sort of meat is added to the recipe.

As for desserts, Germans have their own type of Christmas fruitcake known as Stollen.

Stollen’s history stems from the 16th century when it was first baked at the Council of Trent. However, at that time, bakers couldn’t use butter during the Advent season, and Stollen wasn’t as tasty and soft as it is today.

Stollen is such an essential part of Christmas celebrations for Germans that every year, Dresden hosts the Stollenfest on the second Sunday of Advent. During the festival, a gigantic Stollen is made by local bakers.

The largest Stollen ever made was baked by German grocery retailer Lidl in 2010 and was over 237 feet long. However, the cake wasn’t displayed in Dresden but rather in Haarlem, Netherlands.

Mulled wine is common in all European regions during the Christmas season, but in Germany, this drink is practically unavoidable.

You can get it at any Christmas market, in any home, in shopping malls, and ice-skating rings.

Another type of spiced German Christmas drink is Feuerzangenbowle, literally translating as a fire bowl.

Its preparation and serving process is even more interesting than its taste – a piece of sugarloaf soaked in rum is set on fire and drips in mulled wine.

Advent is the tradition of lighting up a candle each Sunday for four weeks before Christmas. Each candle has a specific name, meaning, and color.

So, the first candle is known as the Prophecy Candle. It is traditionally purple and symbolizes hope for the soon arrival of Christ.

The second, Bethlehem Candle, is also purple and commemorates Mary and Joseph’s journey to Bethlehem.

The third, the Shepherd’s Candle, is pink and represents joy. The fourth candle, which is the last in most European regions, is called the Angel’s Candle and symbolizes peace.

In some cultures, however, all the candles are red – for instance, in Sweden and the U.K.

But Germans light an additional candle on Christmas Eve. It’s traditionally white and represents Christ himself. The color white in liturgy symbolizes purity.

Caroling is a thing in many European regions, and Germany is no exception. But German carolers are known as Sternsingers, translating as star singers, and typically visit houses on Epiphany rather than Christmas Eve.

Another distinction between Sternsingers and British or American carolers is the set of songs. They don’t sing O Little Town of Bethlehem or Silver Bells.

Sternsingers perform songs not solely for entertainment. They raise money for charity, mostly helping poorer children in other regions. Every year, about 300,000 children participate in this tradition.

Germany can be justifiably considered the motherland of Christmas markets. The first Christmas markets were recorded back in the late 13th century, and since that time, no holiday season has passed without them.

During Protestant Reformation, many Christmas traditions were banned. Surprisingly, Christmas markets, on the opposite, received a big boost, thanks to Martin Luther.

It’s also the oldest market operating to this day, held since 1458.

Attending German Christmas markets isn’t even about shopping. It’s about the atmosphere created by lights, the smell of gingerbread and pine, smiling people around you, and the contrast of cold, snowy weather with the warming spiciness of mulled wine.