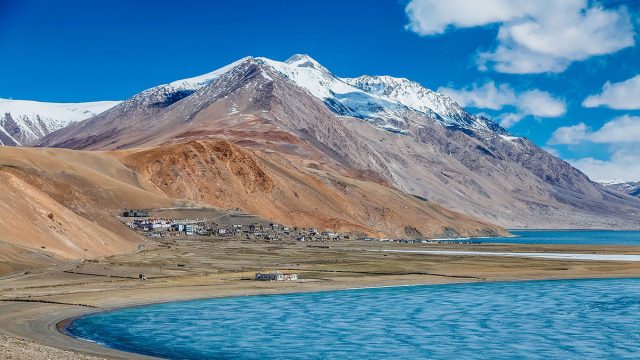 Christmas in Bolivia is focused on religious traditions and family gatherings, as it is in most countries worldwide.

However, the Bolivian population is a mixture of Catholics and indigenous people, reflecting in Bolivian Christmas traditions.

For the most part, Bolivians celebrate Christmas like Americans, decorating their homes, attending church, and gathering with family for a festive dinner.

However, some Christmas customs are unique to South America or Bolivia in particular.

Christmas in Bolivia is a profoundly religious celebration that has maintained its initial meaning, so you won’t see much tinsel, people dressed as Santa, or gifts under the Christmas tree.

However, tinsel, Santa, and gifts aren’t what create the Christmas spirit – for Bolivians, it’s all about caring about others and honoring the memory of Christ.

Putting up the nativity scene is often a family ordeal, especially if the scene is life-sized and crafted for the annual competition.

Some Bolivian towns, including Santa Crus de la Sierra, organize nativity scene exhibitions where people can walk the streets, admiring the effort of locals. The largest, most detailed, and most creative nativity scenes win a prize, typically money.

Handmade nativity scenes are a long-standing tradition in Bolivia. They are usually made by the youngest family member but set up by the entire family.

The Christmas tree is another important Christmas symbol for Bolivians. However, firs and spruces are scarce in the region, so most people put up an artificial Christmas tree, often small, standing on the table.

Decorating the house exterior isn’t customary in Bolivia. While Americans compete for the title of the best-decorated house with neighbors, Bolivians consider even string lights along the roof extravagant.

Christmas gifts in Bolivia aren’t as important as in the U.S. For Bolivians, gifts are more about putting in the thought and sharing with those who have less than you than spending money.

Bolivian employers traditionally gift their employees baskets with food known as la canasta on the last working day before Christmas.

The most impressive festivities in Bolivia take place on Christmas Eve. The celebrations begin with a religious procession where men carry a heavy, ornate altar with a statue of Jesus through the city.

Hundreds of people participate in the procession, singing and dancing around the altar until they arrive at the town’s main church for the Midnight Mass.

The procession usually starts early in the morning and stems for dozens of miles.

By the time the men carrying the altar arrive back at the church, they’re usually exhausted, but that’s the entire purpose of the tradition – it’s all about penance and sacrifice.

Like most Christians, Bolivians attend the Midnight Mass on Christmas Eve, known as Missa de Galo or Rooster’s Mass in Latin America.

The Christmas Mass is so-named because it traditionally starts at midnight and ends when roosters start crowing. However, nowadays, the Mass usually ends at around one o’clock at night, giving people enough time to feast.

In Bolivia, attending church services at Christmas isn’t a tradition for a few dedicated worshippers – it’s a must for everyone, so churches are always packed. People can hear the ringing of church bells anywhere in the town.

Midnight Mass in Bolivia is generally no different from Midnight Mass anywhere else in South America – it involves reading biblical passages, interpreting them, singing hymns, and communion for the eligible.

According to an old Bolivian Christmas tradition, people must bring small gifts to Jesus to the Midnight Mass. Usually, people bring a small figurine of baby Jesus and a gift related to their profession.

For example, a baker should bring a loaf of bread and a teacher a book. Bolivians believe that these offerings will ensure luck and prosperity in the upcoming year.

After people return home from the Mass, they have a festive dinner with their loved ones. Some Bolivians also attend a Christmas Day Mass in the morning, but most people stay home to sleep after the long feast.

The Bolivian Christmas dinner begins after two o’clock at night, so it’s technically a breakfast. The feast usually lasts until early morning, and people prefer to sleep the next day.

Bolivian Christmas food was primarily influenced by American and Spanish cuisine. The feast begins with chicken soup with corn, beef, and spices.

For roast pork, Bolivians make spicy red sauce containing a lot of chili pepper, onion, and garlic. The main dish is served with corn and mashed or boiled potatoes.

No dish is more Bolivian than Pique Macho, a casserole with beef, sausages, boiled eggs, onions, French fries, and green peppers. The serving is always huge and generously covered in sauce.

There’s always an abundance of fruit for dessert, often in the form of a salad served with whipped cream or ice cream.

Bolivian Christmas cake is called Panettone – it originated in Italy and is similar to Christmas pudding but is taller and lighter.

As for drinks, Bolivians have their unique take on eggnog, Cola de Mono. The main distinction between these drinks is that eggs are optional in Cola de Mono, but the texture is equally thick as eggnog.

For Christmas Day breakfast, Bolivians enjoy a mug of hot chocolate (despite the warm weather), deep-fried dough balls with cinnamon and sugar, and quinoa cookies.

Firstly, Christmas for Bolivians is a deeply religious holiday, and nowhere did Christ say people should exchange gifts.

Secondly, Santa Claus in Bolivia doesn’t have much time to bring gifts to all kids, considering that people feast until early morning. Lastly, Bolivians don’t have chimneys, and breaking in through the window unnoticed is challenging.

So, if there are any gifts, they are usually small and only for children, like tangerines, chocolate, or tiny toys.

On January 6, Bolivians celebrate Epiphany, also known as the Three Kings Day. This day commemorates the visit of the Three Wise Men or Magi to infant Jesus and ends the Christmas season.

On Epiphany Eve, Bolivian children clean their shoes and neatly place them on the window or at the doorstep, somewhat akin to the American tradition of hanging stockings on the fireplace.

In the morning, their shoes are filled with gifts. Receiving gifts on Epiphany makes perfect sense because the Magi brought Jesus offerings – gold, frankincense, and myrrh. However, Bolivian children usually get treats, clothes, or toys.

Bolivians customarily make Bolo Rei, the King Cake, for Epiphany. The cake has a circular shape, is made with dried fruit and nuts, and is topped with icing, sugar powder, and fruits.

Usually, Bolivians hide a tiny baby Jesus figurine in the cake, and whoever finds it is believed to be lucky in the New Year.

However, such symbols often create a discrepancy with the hot, humid weather. For this reason, people strive to use Christmas symbols not related to winter in decoration, like angels, stars, gift boxes, and bows.

The season also affects local Christmas activities. People love to celebrate outdoors – in parks, city squares, or at the beach. The climate is perfect for long walks around the city and admiring nativity scene exhibitions.

In the Andes, where the climate is colder, people usually stay at home with a mug of hot chocolate or the local equivalent of eggnog.

Andean people living in the highlands make clay figurines or farm animals and bury them in the earth on Christmas Eve, asking for more of these animals – usually sheep or cattle.