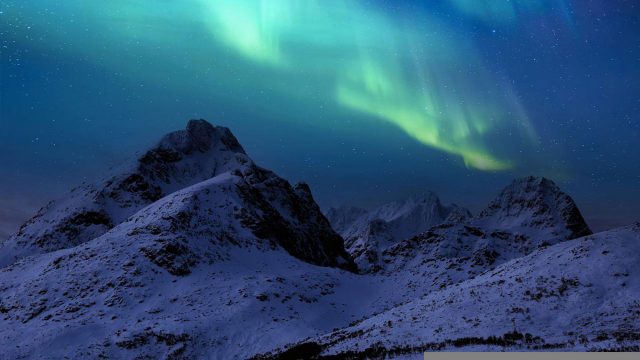 Norway at Christmas time looks as if it came from the pages of a children’s fairy tale about Santa’s village.

For Norwegians, Christmas is all about family get-togethers. They prefer to celebrate at home by watching old traditional movies, indulging in festive foods, and exchanging gifts.

Norwegians are pretty conservative regarding Christmas traditions and prefer to embrace local culture instead of adopting foreign customs.

The Christmas season in Norway starts on the first Advent, four Sundays before Christmas Eve. Every Sunday, people light a candle in a traditional evergreen Advent wreath, often decorated with pinecones and berries.

Three out of four candles are traditionally lilac and one pink. The liturgical color lilac stands for penance and pink for joy. Some people light a white candle representing purity on Christmas Eve.

Each candle has a special meaning – hope, love, joy, and peace. On the last Sunday before Christmas, all four candles are lit. Many Norwegians read a prayer while lighting the candles.

Setting up a fire and enjoying holiday foods with family on Advent Sundays is customary for Norwegians. Norwegian kids also love Advent calendars, featuring 24 small gifts for every day of the season.

December 23 is just a regular day for Americans, and Christmas celebrations begin on December 24. However, in Norway, December 23 is known as Little Christmas Eve. On this day, Norwegians decorate their Christmas trees.

Many people can’t wait to put up a Christmas tree, but Norwegians strictly follow the local etiquette and don’t buy a fir until December 23. However, the rules have become more relaxed in recent years.

Decorating the Christmas tree is one of the most exciting moments of the holiday season for kids. A traditional Norwegian Christmas tree is minimalist and elegant, typically dressed in baubles of classic festive colors and glistening with string lights.

Some Norwegians still use real candles in Christmas tree decorations despite the fire hazard. Small wooden baskets with fruit and nuts are also common.

Gingerbread baking is customary in many European countries, and Norway is not an exception. Traditional Norwegian gingerbread is crisp and thin.

During the Advent season, Norwegian parents bake gingerbread cookies with their kids. The cookies are usually shaped as Christmas symbols, such as bells, snowmen, and reindeer – you name it.

Decorating the cookies with icing is the most exciting part, even more fun than eating them on Christmas Eve or Advent Sundays.

Those Norwegians who don’t have extensive baking skills can buy gingerbread at any Christmas market or grocery store.

Norway has the largest gingerbread village in the world, located in Bergen. The town has over 2,000 buildings, so setting it up involves a team of over 30 people, including bakers, architects, and electricians.

Thousands of amazed tourists and locals visit Bergen’s gingerbread village every year, and gingerbread biscuit bags sold at the exit don’t stay on shelves for long.

Bergen’s spectacular gingerbread village has a slightly different appearance every year, and all profits from ticket sales go towards charity.

Christmas markets are integral to the Norwegian holiday celebrations, never failing to create a merry mood. The custom originated in 13th century Vienna and has since spread across Europe.

Apart from arts, crafts, and food, it offers attractions for the entire family, including Ferris wheel rides and horse carousels.

Trondheim’s Christmas market isn’t as large as in Oslo or Bergen but has a cozy, merry atmosphere, featuring dozens of wooden stalls where local artisans sell ceramics, wooden Christmas tree ornaments, and other handmade items.

The Norsk Folkemuseum hosts one of Norway’s most popular Christmas markets, featuring over 100 stalls and thousands of unique offerings.

Visitors can get acquainted with Norway’s history throughout different eras and have fun at numerous carousels.

Norwegian Christmas dinner takes place on Christmas Eve and tends to be very traditional. Norwegians strictly follow festive etiquette and always serve the same food. The dishes are served buffet-style, and one should always begin with cold foods.

Lutefisk is fish preserved in lye, with a strong odor and gelatinous texture. It may not sound particularly exciting for foreigners, but Norwegians adore it.

The main dish is usually pork belly with sauerkraut and red currant sauce. In some regions, people eat salted sheep ribs with carrot and cabbage mash.

Christmas ham is also common in Norway, but Norwegians eat it cold on crispbread. Beer and snaps are a must at every Scandinavian Christmas celebration, but hot spiced drinks like mulled wine and aquavit, a spicy potato liquor, are also popular.

Norwegians don’t have a “Christmas cake” but always serve some chocolate – Christmas dinner involves enough cooking even without a cake.

Before receiving gifts, Norwegian kids dance around the Christmas tree with their parents, holding hands and singing carols. Then, the kids hide and wait for Santa to arrive and leave the gifts under the tree.

Interestingly, tomten originated from Norse paganism. In ancient times, people believed that these creatures protected their homes from evil spirits while everyone was asleep.

Norwegians usually exchange gifts only with immediate family members and best friends and not extended family or colleagues. Giving gifts to an employer is generally seen as a bad tone unless it’s something small like chocolates.

Dog-sledding allows locals and tourists to feel a little bit like Santa riding his reindeer sleigh.

The sleigh is usually pulled by huskies through scenic locations inaccessible to cars, and people keep themselves warm by wrapping in blankets and drinking mulled wine.

Some Norwegians prefer extreme winter sports, such as bob-sled or ice driving. Drifting in the snow is hazardous but fun nonetheless. Snowmobile trips through the mountains are another popular Norwegian entertainment.

Norway is famous for its breathtaking Nordic lights, and many locals and tourists visit Kirkenes, Tromso, the Lofoten Islands, or Svalbard at Christmas time to see this nature’s miracle.

Finns believe that Santa Claus lives in a Finnish Arctic village Rovaniemi, but Norwegians would argue that. According to Norwegians, Santa lives in Drobak, a charming little town near the Oslo Fjord.

Santa’s village in Norway welcomes visitors year-round but is especially popular during the Christmas season. Santa’s house was built in 1877 but opened its doors to visitors a century later, in 1988.

Norwegian Santa’s village offers a selection of Christmas ornaments, toys, festive tablecloths, candles, cards, and much more. Moreover, the village has a post office where kids can send a letter to Santa or their loved ones.

Fun fact – in Drobak, it is legal to install road signs warning to watch out for Santa. Real Santa can only be seen in Drobak at Christmas time, but his cousin monitors the mail year-round and is happy to talk to curious kids.

Miss Sophie hosts an annual birthday dinner for her friends, but one of the guests gets exceedingly drunk, causing Miss Sophie to conclude the event with the words, “I think I’ll retire.” Interestingly, the sketch hasn’t gained such popularity in the U.K.