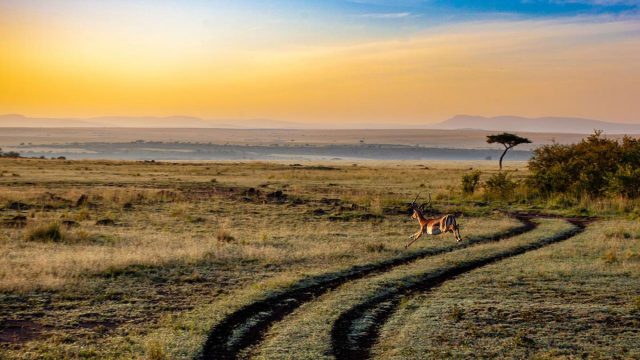 Christmas in Kenya may be difficult to imagine for someone who has never visited Africa, but it has many similarities with Christmas in the rest of the world.

Kenyans may celebrate Christmas at home or outdoors, but always with their loved ones.

Many Kenyan Christmas traditions are universal, including attending the Midnight Mass, exchanging gifts, caroling, and gathering for a family feast.

However, the hot climate, economic situation, and cultural peculiarities have affected Kenyan Christmas celebrations. Winter holidays in Africa are a unique experience for anyone from the Northern Hemisphere.

From Santa riding a camel to decorating cypress trees, Kenyans have many amusing customs that never fail to surprise tourists.

Some Christmas symbols, such as stars and angels, are universal, but snowflakes and snowmen look odd in Eastern Africa. Kenyans don’t use them in their home decoration but actively use colorful ribbons, flowers, and balloons.

Christmas trees are common in Kenya, but they are peculiar to the region. Pine trees and balsam firs don’t grow in a hot climate, so Kenyans hang baubles, tinsel, and ornaments with Christmas symbols on cypress trees that are abundant in the country.

Wealthier families who can afford an artificial Christmas tree imported from China may buy one, but they aren’t widespread. Santa figurines are common in urban areas, where Christmas has become more commercialized, but not in rural regions.

The vibrant, lively nature of Africa truly is the best Christmas decoration. Kenyans don’t waste much money on decorating their house exteriors or streets apart from hanging illumination and tinsel, but shopping malls go all out with decorations.

Almost every Kenyan home has a nativity scene carefully crafted by the youngest family member from wood or clay.

Christmas gifts aren’t as important in Kenya as in the Northern Hemisphere because of the country’s relatively low-income economy. Despite being among the most developed economies in Africa, over 16% of Kenya’s population lives below the poverty line.

This means that approximately every sixth Kenyan can’t afford to buy gifts for their loved ones. Still, people strive to express their love and gratitude by crafting gifts from available materials or sharing festive food.

Usually, Kenyans who can afford gifts exchange something practical like clothes for Christmas celebrations, books, or homeware. Lavish gifts aren’t in favor of Africans, excluding the wealthiest people.

Kenyans believe that thought matters more than a gift’s monetary value, and kids learn it from an early age. Kenyan children usually receive sweets, toys, or items for school.

Kenyan Santa Claus resembles American Santa, but only kids in urban regions believe in him. He wears the same red suit but rides a camel, horse, or Landrover instead of a sleigh pulled by reindeer.

Kids in rural villages don’t believe in Santa but know that their parents have to work hard to get them gifts.

Christmas in Eastern Africa has a strong religious emphasis, which isn’t surprising considering its meaning, and Kenya isn’t an exception. Kenya has an immensely high church attendance rate on Christmas Eve and Christmas Day.

Midnight Mass in Kenya is known as Kesha. On the evening of December 24, worshippers come to local churches to read passages from the scripture, sing hymns to the sound of traditional drums, and pray at the nativity scene.

The vigil ends at midnight when the priest announces that Jesus was born, and the church bells ring, encouraging everyone to start the celebrations. After the vigil, people go outside to sing religious hymns in the churchyard.

Everyone wishes each other “Heri ya Krismasi,” Merry Christmas in Swahili, even if they aren’t acquainted because Kenyans are very outgoing people.

Some churches organize nativity plays narrating the story of Mary and Joseph’s journey to Bethlehem and Jesus’ birth, typically performed by children.

Early on Christmas morning, at around 6 a.m., everyone is expected to return to church for another vigil. Everyone wears new formal clothes.

The most attended Christmas church services in Kenya take place in The Holy Family Minor Basilica and St. Catherine of Siena Catholic Church in Nairobi. Some villages only have small doorless churches than fit a few parishioners.

Many Kenyans have moved from their ancestral villages to cities in search of a better life. Christmas is a family holiday for Kenyans, so everyone travels home to spend time with their parents, grandparents, siblings, and childhood friends.

For this reason, major Kenyan cities like Nairobi see a mass exodus in December and appear empty at Christmas time. The country’s roads experience massive traffic. Locals who don’t own a car hitchhike.

Kenyans don’t limit the family to parents and siblings but welcome all the extended family and closest friends who have nowhere to go to join the celebrations.

Kenya was once part of the British East Africa Protectorate and has adopted many British Christmas traditions, including caroling.

From Christmas Eve to Boxing Day, groups of young boys and girls go from doorstep to doorstep in their neighborhoods, singing Christmas hymns.

House owners give children treats or money for their performances. The singers will then either donate the money to local churches or spend it on food. The practice is more widespread in rural areas and among children from orphanages.

Some Kenyan Christmas hymns are famous American and European songs translated to Swahili, such as Oh Come Ye Faithful, Silent Night, and The Three Kings of Orient. However, many tunes are unique to the region.

Christmas in summer is a novel experience for anyone from the Northern Hemisphere but the norm for Kenyans.

Instead of skiing and sitting wrapped in a warm blanket near a fireplace with a mug of hot chocolate, Kenyans take advantage of the warm weather.

Locals prefer to spend the holidays outdoors. People from coastal regions gather with family or friends and go to local beaches to swim, tan, and play active games.

Some Kenyans go hiking in the mountains, appreciating the marvelous nature of the country. Wealthier Kenyans who can afford a car and a camera may go on a photo hunt for exotic birds and animals.

If you’re ever for Christmas in Kenya, don’t expect much entertainment in the town. Christmas concerts only take place in urban areas like Nairobi, and even there, they are scarce because most locals don’t want to spend the holidays in the city.

Instead, head on a safari, ride a camel, or go diving in the Indian Ocean – African nature has plenty of activities to offer.

Most Kenyans don’t have a formal Christmas Eve dinner like Americans but gather for a Christmas lunch outdoors. Women wear light summer dresses, and men shorts and short-sleeved shirts.

December 26 is still a public holiday in Kenya. Locals dedicate the day to playing football, having a barbecue with family, or sleeping after long festivities.

Kenyan Christmas lunch is typically held outdoors, where food is cooked on a grill. Simply put, Kenyans organize an equivalent of American barbecue where they serve nyama choma, a traditional meat specialty.

Kenyans use either chicken, beef, or goat meat for nyama choma. The authentic recipe only includes salt and pepper, but every Kenyan family has its unique version of meat marinade, often including onions, garlic, and ground ginger.

Kenyans traditionally eat nyama choma with fingers, even if it’s served in fancy restaurants, but tourists can eat it with cutlery. The meat is served with ugali (maize flour porridge) and kachumbari (tomato and onion salad) on the side.

African cuisine involves a lot of rice. One of the most popular Kenyan Christmas dishes is pilau, rice with spices, vegetables, and meat. Some Kenyans mix rice with coconut milk or tomato paste.

Kenyan Christmas food in coastal regions is usually fish fried in tomato paste or another marinade, topped with lemon juice, and served with roast vegetables. The most common fish varieties are Tilapia and Nile perch.

No Kenyan Christmas feast is complete without mukimo, a mashed potato dish with corn, peas, and spinach, and a stew with plantains and bananas.

The traditional Kenyan Christmas dessert differs by region. In rural areas where people don’t have access to many ingredients and have a lower income, families suffice with fruits that are plentiful in the country, including bananas, pineapples, and guavas.

Fruit salad with hot chocolate sauce or ice cream is very popular. Most Kenyans accompany the food with palm wine or beer. Kenyan banana beer called urwagwa is a must-try for all craft beer enthusiasts.