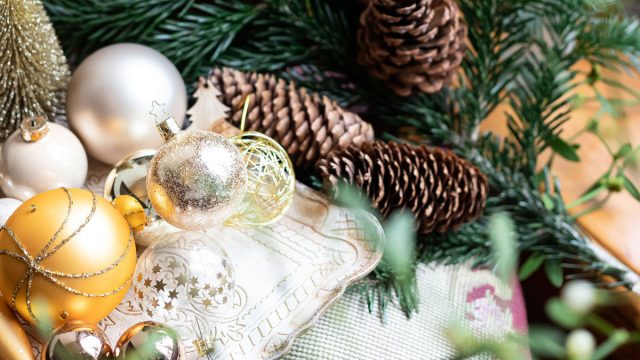 When we hear “A Christmas Carol,” most of us think of the renowned Charles Dickens novel.

However, A Christmas Carol is also a popular song by Filipino musical producer Jose Mari Chan that equally deserves attention.

Dickens’s story inspired many later authors to share their perception of the holiday spirit, some of whom took the Christmas Carol plot as a base for their pieces.

Written in 1990, nowadays, Jose Mari Chan’s A Christmas Carol is a Filipino Christmas staple, heard on every corner from November to mid-January.

And while the song’s lyrics are simple and a bit repetitive, its meaning is profound and thought-provoking.

A Christmas Carol is a part of Jose Mari Chan’s seventh studio album Christmas in Our Hearts, which became the quintessence of festive spirit in the Philippines and many other countries.

However, the song was initially released as a soundtrack for the musical Scrooge staged in the 1990s, inspired by the 1970s film Scrooge based on Charles Dickens’s novel.

The musical was set by Leslie Bricusse, who also worked on musicals Doctor Dolittle, Willy Wonka & the Chocolate Factory, and Peter Pan.

Scrooge is an adaptation of Dicken’s legendary Christmas story, narrating the holiday adventures of a mean-spirited old miser Ebenezer Scrooge, who loathed Christmas. Scrooge is mean to his employees on Christmas Eve, refusing to give them a day off or better pay.

Scrooge turns away from people collecting donations for the poor and declines a dinner invitation from his nephew. When Scrooge arrives home from work, he encounters three ghosts – the Ghosts of Christmas Past, Christmas Present, and Christmas Future.

The Ghost of Christmas Past shows Scrooge his past Christmas celebrations, from his unhappy childhood to his youth when he was more interested in money than his fiancé.

The Ghost of Christmas Present takes Scrooge to the house of his employee Bob Cratchit, one of those whom he refused a day off or better pay on Christmas Eve. There, Scrooge sees Bob’s ill yet full of festive spirit son Tim.

The journeys through his past, present, and future teach Scrooge that his attitude is wrong, and on Christmas Day, he wakes up full of excitement and buys a turkey for his employee’s family before spending the rest of the day with his nephew.

Dickens’s novel narrates the story of Scrooge’s transformation from a greedy, mean old man into a person genuinely valuing his family and even employees, one who finally feels the Christmas spirit – perhaps, for the first time in his long life.

The musical’s plot is identical to that of the original novel. Due to the nature of the genre, music plays a crucial role in storytelling, so Jose Mari Chan’s cheerful, uplifting song only plays at the beginning and end of the musical.

According to Jose Mari Chan’s interviews, he loves Nat King Cole’s, Frank Sinatra’s, and Johnny Mathis’s Christmas albums, and we can see the influence in the song’s melody.

The musical had an immense success and has been staged in the U.K, Ireland, Japan, Australia, China, and the U.S. numerous times from 1992 to 2017.

Nowadays, Chan’s name is practically synonymous with Christmas in the Philippines. All local shopping malls play songs from his Christmas album throughout the holiday season.

The meaning of A Christmas Carol by Jose Mari Chan is simple yet profound, blending with the message of Dickens’s original novel that inspired the musical for which the song was intended.

Dickens’s novel strives to teach us the importance of fairness, justice, generosity, and kindness. At the end of the story, Scrooge employee Bob’s son, Tim, doesn’t learn to walk, and the poor don’t miraculously get better lives.

In Dickens’s story, the real magic of Christmas is the change that occurred in Scrooge’s heart.

Scrooge’s vow marks his spiritual transformation, “I will live in the Past, the Present, and the Future! The Spirits of all the three shall strive within me.”

Dickens’s A Christmas Carol message is down-to-earth yet thought-provoking, focusing on the importance of perceiving people with kindness, living in the moment, and learning from one’s mistakes.

The novel proves to us that it’s never too late to become a better self, and not just at Christmas time. After bringing his employee Bob Cratchit turkey for Christmas, Scrooge decides to raise his wage in the act of justice.

Of course, Jose Mari Chan was limited in word count and couldn’t convey as much in a few verses as Dickens in an entire novel.

Still, knowing the inspiration behind the song and the author’s background, we can read the meaning between the lines.

Jose Mari Chan’s song was written as a soundtrack to a staged musical, so we can’t analyze it without considering what happens on the stage.

In the verses, the author suggests we look around us and see what a wonderful world we live in. However, the wording, “What a world of wonder this world can be,” suggests that not everyone sees this beauty and joy.

This way, Jose Mari Chan skillfully refers to Ebenezer Scrooge, who was unable to see the wonder of our world and Christmas in particular. The world was always the same – it didn’t change after the ghosts of Christmas visited Scrooge.

What changed was Scrooge’s perception of life. Jose Mari Chan’s goal was to teach us that real miracle is the little things that surround us, like Christmas lights and music, our family and friends, and the kindness of strangers.

Christmas spirit can’t be bought – although Scrooge was a wealthy man, he wasn’t happy. In contrast, his employee Bob Cratchit was merry and cheerful on Christmas Eve regardless of his low wage and son’s illness.

The chorus begins with the lines, “sing a Christmas carol like the children do,” because kids have pure hearts and can genuinely enjoy the festive season, embracing its real meaning.

Unfortunately, Scrooge didn’t have a happy childhood, which led to him becoming focused on material values rather than spiritual ones. Perhaps, this was why he couldn’t stand seeing people celebrating Christmas with family.

In the chorus, Jose Mari Chan suggests we enjoy the beauty that a merry Christmas can bring us. Yet again, the fine-tuned wording plays an important role here.

“Can” indicates that the Christmas spirit is acquired; it’s not something anyone feels regardless of their perception of the world and attitude to people. One can only see beauty if they have a beautiful soul – “beauty is in the eye of the beholder.”

The perception of beauty is subjective, and where some people see miracles and joy, others find nothing appealing or captivating.

Scrooge was irritated by people celebrating Christmas, holiday decorations, and kids singing carols because he was greedy and mean. He didn’t value his family, nor did he want to help those in need – but that’s all Christmas is about.

Christmas is a significant holiday in the Philippines because most of the country’s population are Catholics – it’s the only Asian country with a prevalent Christian population.

According to the author, local Filipino Christmas traditions and happy holiday tunes he grew up with inspired him to write the album Christmas in Our Hearts and A Christmas Carol.

Jose Mari Chan says that every in his childhood Christmas was special, which helped him convey the feeling of a perfect Christmas, filled with joy and wonder.

The author recalls, “I remember praying to the Holy Spirit to inspire me to write words to that melody, appropriate words to deliver the real message of Christmas: not Jingle Bells; not Rudolph, the Red-Nosed Reinder; not Santa Claus.”

Chan once commented on another song from his Christmas album, With the Eyes of a Child, that we should never lose our sense of wonder, and A Christmas Carol carries the same meaning.

Even at a senior age, the author continues to see the world through the eyes of a child, valuing the beauty of the little things.