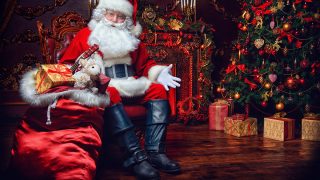 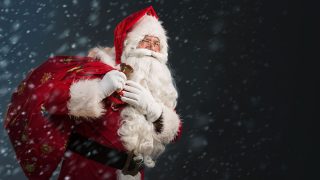 What Country Has a Female Santa Claus? 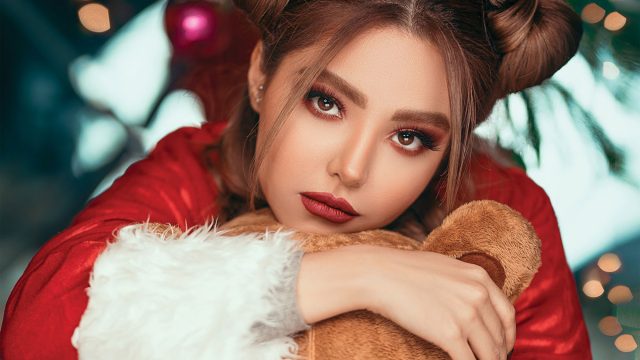 How do you imagine a female Santa Claus?

Perhaps, about the same as an ordinary Santa, dressed in a red and white suit, with a friendly smile and a sack full of gifts.

Female Santa Claus is a thing in the mythology of numerous countries, including Germany, Sweden, Italy, and France.

But technically, most of them aren’t Santa’s at all, but rather versions of Christmas spirit in a completely different form.

Some nations associated the Christmas spirit with witchcraft, others with angels.

In Italy and France, the origins of female Santa are real people who were appointed Saints. Finally, Germany and Iceland have truly horrifying perceptions of Christmas spirits.

Such different approaches arise from the fact that before Christianity, Europeans widely believed in paganism.

And not all pagan goddesses are kind and generous. Many children in Europe are afraid of the local depiction of Santa to our day, behaving well throughout the year only to avoid encountering such.

Of course, ancient pagan legends about Christmas spirits have been tangling with Biblical narrative and adjusted to modern beliefs throughout the years.

That’s why the origin of some female Santa’s is so hard to trace nowadays.

But, regardless of their genesis, female Santa’s remain the leading Christmas spirit in numerous countries and haven’t yet been replaced by our familiar Santa Claus.

Italian female Santa is very far from the American perception of Santa Claus, and gender is not the reason.

In Italian folklore, La Befana is a witch flying around on a tattered broomstick, swooping down chimneys to bring good kids sweets and other gifts. However, kids who behave badly may wake up to a piece of coal.

La Befana doesn’t wear a red suit. Instead, as a proper witch should, she’s typically portrayed dressed like an older woman in a cloak.

While such a choice of Christmas symbol may seem strange at first, La Befana originates from the bible.

The legend narrates she was approached by Three Wise Men only a couple of days before Jesus was born. Three Wise Men asked La Befana for directions to the Son of God, but she could not help.

Instead, La Befana provided Three Wise Men shelter for the night. They were pleased with how good of a homemaker she was and her kindness.

When leaving, Three Wise Men suggested La Befana go with them, but she refused.

Later, La Befana changed her mind and tried to find newborn Jesus to leave a gift. But, unfortunately, she didn’t succeed, and to this day, La Befana searches for little Jesus and leaves candies to all good kids on her way.

France and Switzerland share a female Santa, who, by a legend, is a protective fairy of Montbéliard. However, unlike La Befana or Saint Nicholas, Tante Arie isn’t related to religion and is a relatively new legend.

The origin of Tante Arie dates back to the 1400s, when a benefactress and later the Countess Henriette de Montbeliard married Count Eberhard IV of Wurttemberg.

After her husband passed away, Henriette continued to rue the county of Montbeliard alone. And, during her ruling, Henriette was generous and kind, giving protection and shelter to those in need.

Due to Henriette’s good heart, the French have made her a common character of tales.

In those stories, she often disguises herself as a peasant and asks for shelter. As a result, the most hardworking and considerate people receive gifts and encouragement from Tante Arie.

In other legends, Tante Arie performs miracles and gives gifts to children across the country, riding her donkey. French respect the legend of Tante Arie to this day, and she visits Christmas markets year after year.

Her name arises from the German word “huld,” which stands for gracious and sympathetic. Swedish and Danish languages have similar meanings of the word “huld” – fair, gracious, kind.

The legend of Hulda dates to pagan times, when she was a supreme ancient goddess, like Odin, Loki, and Freya. But even after Christianity had replaced paganism in Scandinavia and Germany, her character magically remained.

Pagan legends narrate Hulda was a goddess to whom infants who passed away go. Due to her connection to the spirit world, Germans associated Hulda with witchcraft and believed she rode a distaff.

She was a leader of women who used to leave their husbands behind to travel with Hulda to feasts and battles among clouds.

Historians identified that legends similar to that of Hulda existed in different regions of Europe for over 1,000 years. They have drawn connections of Hulda with the Roman goddess Diana, Austrian Bertha, and Abundia.

Italy is not alone in portraying its Santa as a witch. Austrians believe in Frau Perchta or Bertha, who is commonly called Krampus in modern days. But these characters aren’t the same.

Frau Perchta’s appearance is terrifying indeed. She’s often portrayed wearing rags, carrying a cane, and having a long, beaked nose. If that’s not scary enough, she carries a knife under her skirt.

Historians draw connections between Frau Perchta and the Scandinavian goddess Frigga. They both are highly judge-y to the look of people’s homes.

In legend, Frau Perchta used to check whether ladies have finished their weaving until the Twelfth Night, which is on January 6.

Those whom Frau Perchta found lazy received punishment – their work was set on fire or trampled.

But jokes aside, although Frau Perchta’s methods are harsh, she’s closely associated with winter goddess Holle you already know, the German female Santa.

Some legends tell Frau Perchta flies through the sky with her army of servants called Perchten. There are evil and pretty Perchten, which indicates Perchta’s dual nature.

Germans have a rich culture, which can be seen by the number of Santa variations in their legends.

Christkind translates as a Christ child who is a gift-giver in Germany, Slovakia, Croatia, Belgium, Portugal, and other European regions. It’s also common in the Acadiana region of Louisiana.

Christkind is traditionally a blonde child with angelic wings. While Christkind is meant to depict a baby Jesus, it’s often portrayed as a girl or an angel without gender.

Parents tell their children Christkind doesn’t bring gifts to curious kids, so no one has ever seen it.

Perhaps, that’s the reason for such a difference in Christkind representation across regions.

The legend of Santa Lucia is common in Swedish and Italian traditions. In fact, the story is so ancient, its origins are hard to trace, but two main speculations exist.

Saint Lucia of Syracuse was born in a wealthy Sicilian family in 283 AD and died in 304 AD at the age of 20. She was martyred for refusing to marry a pagan man and willing to serve Christ.

Now, it makes sense that Lucia has become a Saint in Italy due to such strong faith. But how come Sweden shares the same legend?

Some historians believe the legend of Lucia was brought to Sweden by Vikings who traveled to Italy. Others think Swedish Lucia has a different origin. Her name may have been derived from Latin “lux,” standing for light.

Some female Santas are genuinely frightening, and yet again, German mythology comes to surprise us. For example, Frau Gaude is a Germanic dog goddess roaming the streets with two phantom hounds during Christmas time.

Legends narrate if she found an unlocked door, she would send one of the hounds inside, and the homeowner would not find a way out.

Even if the homeowner were to kill the dog, it would turn into stone but return at night, howling throughout the entire year and bringing bad luck.

So, if you’re planning to visit Germany for Christmas, make sure to lock your door.

In some regions of Germany, Frau Gaude was believed to lead the Wild Hunt. It’s a procession of evil spirits that flew through the sky on Christmas Eve.

Iceland’s female Santa hasn’t got much further from German Frau Gaude regarding horrifying appearance and legends associated with her.

Grýla is a cannibal troll eating bad-behaving children during Christmas time. Grown men shouldn’t relax either, as Grýla didn’t mind eating them too.

Some depictions of Grýla feature 15 tails, others 300 heads with three eyes on each head.

Furthermore, Grýla isn’t alone – despite her evil nature, she managed to find love in the face of her husband, Leppaluoi. Together, they kidnap children and bring them home in a large sack.

Grýla and Leppaluoi had numerous children, and they seem to have been great parents since their children survived.

However, Icelandic kids don’t share the same opinion and strive to behave well year-round to avoid meeting this lovely couple.

At What Age Do You Tell Your Child About Santa?What Color Was Santa Claus Suit Originally?
Hello, I'm Carolyn