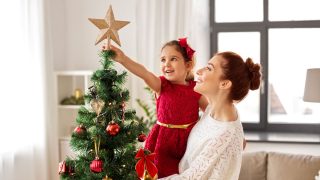 Why is Christmas Day on December 25th? 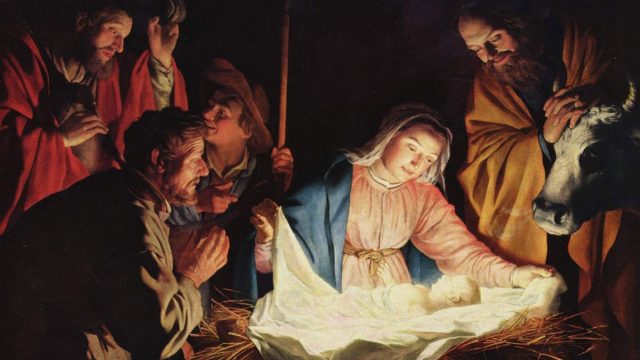 Americans, along with numerous other nations, traditionally celebrate Christmas on December 25th.

However, not many of us know why this date was chosen for the main winter holiday of the year.

The truth is, even historians don’t know for sure why Christmas is celebrated on December 25th.

Some managed to find convincing evidence in the Bible; others argue that Bible has never stated the exact date of Jesus’ birth. And that’s a valid point, as the Bible only indicates the day of Jesus’ conception.

A common theory is that emperor Constantin borrowed the date for Christmas from pagan winter solstice festivals.

Furthermore, not all nations agree that Christmas must be celebrated at the end of December. For example, orthodox Christians, who didn’t accept the Gregorian calendar, still celebrate it on January 6th.

Most likely, the real reason for the Christmas date being December 25th is a wild blend of Biblical evidence with pagan traditions.

Regardless of who’s right in this discussion, the practice of celebrating Christmas at the end of December isn’t going to change any time soon.

A widely accepted theory of Christmas date origin is that Infant Jesus was born on that day. But was Jesus really born on December 25th? Likely not. That’s merely an estimate rather than a fact.

To our day, historians can’t come to an agreement whether Jesus’ birth date of December 25th is legit. Some find supporting evidence in the Bible.

But many consider this date to be not more than emperor Constantine’s attempt to weaken paganism. That makes sense, as Christmas was first celebrated on December 25th during his reign in 336 BC.

The date of Jesus’ birth was never widely accepted, so in some parts of the world, Christians celebrate the biggest winter holiday on a different day.

Talking of supporting the idea of Jesus’ birth on December 25th, we can’t bypass the calculation theory.

Some believe that French historian Louis Duchesne proposed the theory in 1889. But mentions of this idea existed long before Louis Duchesne was born.

Roman Christian historian Sextus Julius Africanus, who lived in 180-250 AD in Jerusalem, had a definite opinion on Jesus’ birth date.

He believed that Jesus was conceived on March 25th and was born after nine months, on December 25th.

Sextus Julius Africanus didn’t come up with Jesus’ conception day out of the blue.

The Bible states Nisan 14 in the Jewish calendar to be the day when the world was created. This translates to March 25th by our calendar.

Of course, there’s no evidence that Mary carried Jesus in her womb for nine months exactly. But the Bible was never known for complying with the rules of biology.

So even if a woman may carry a child in real life for a shorter or longer period, this aspect is likely more straightforward in the Bible.

The decision to set Jesus’ birthday on December 25th may be related to an attempt to follow the pagan festival schedule.

For instance, the Saturn and Mithra festivals were held on December 17-24th and 25th, respectively. During the Saturn or, at that time, Saturnalia festival, people would feast and exchange gifts.

Just like Jesus, Mithras, the Roman god of truth and harvest, was born on December 25th from a virgin. He used to be a traveling teacher and a great master.

If that’s not enough, Mithras had 12 followers and could perform miracles. Three days after he was buried, Mithras was resurrected, and his rise was celebrated every year.

While the story of Mithras and Jesus are incredibly similar, this doesn’t mean that the entire Bible was borrowed from paganism.

The same connections can be drawn with other gods, for instance, Egyptian Horus. He also was born on December 25th of a virgin, was a teacher, had 12 disciples, and the similarity list goes on.

The goal was to convince more people to accept Christianity as their new religion, replacing paganism.

People could still celebrate the festivals they were used to even after the establishment of Christianity as the official religion.

This may also explain why modern Christmas shares so many traditions with pagan festivals.

The Puritans in colonial New England have even banned Christmas due to its close link to pagan traditions. But that’s not the matter of today’s story.

You may wonder, how come the birth of Jesus’ happen on the same day as the winter solstice? Could the date be influenced by pagan tradition rather than by Bible? Of course, and that’s a justifiable concern.

Indeed, December 25th is the winter solstice, when the day is the shortest and night is the longest throughout the entire year.

Of course, the exact date of the winter solstice differs slightly depending on the region. Still, it always happens at the end of December.

Long before Christianity was invented, ancient people knew that days last for a different period in summer and winter.

They noticed that after a certain date, the days would start getting lighter and longer, indicating the soon arrival of spring. The sun was finally winning the battle with darkness.

Such a happy occasion must have been celebrated, so all pagan nations had their own traditions of winter solstice festivals. While the celebration details may differ, such festivals inevitably involved rich feasts.

In Scandinavia, this festival was called Yule and lasted from December 21st to January 1st, while in Eastern Europe, Koleda.

Norse pagans believed Odin to be the main god and the spirit of the winter solstice. Legends tell he used to ride through the night sky on a sleigh drawn by his horse Sleipnir.

Other gods joined him, celebrating Odin’s Great Hunt. He also gave out gifts, had a white beard, and wore a long robe.

Koleda, in turn, is a Slavic pagan festival that involved lighting up bonfires and dressing up in frightening costumes.

Koledari would then walk through the village, singing carols, cleansing home from evil spirits, and receive sweets and money. Such a wild mix of Christmas and Halloween.

In Iranian culture, the winter solstice was called Yalda Night. Families and friends would eat and drink together, reciting poetry.

Another name of Yalda Night is Shab-e Chelleh, which translates as the fortieth night of the winter.

A suspicious connection between pagan winter solstice festivals and Christmas date can’t be argued. But it could still be only a coincidence, keeping in mind Biblical evidence.

Epiphany’s date is based on the visit of Magi to Infant Jesus and his first revelation to the world. Sometimes, Epiphany is called the Three King’s Day.

In Western Christianity, Epiphany is traditionally celebrated on January 6th.

However, Eastern Christians prefer to celebrate it on the first Sunday after January 1. Until 1955, the Epiphany feast lasted for eight days in a row, known as Epiphany Octave.

In year 567, the bishop council of the Christian church has proclaimed the festive season to last twelve days, starting with Christmas and ending with Epiphany.

The Jewish festival of lights, Hanukkah, starts on Kislev 25th, and Kislev is at the same time as December.

Sure, Hanukkah and Christmas have more differences than similarities. Yet still, it’s commonly called the Jewish Christmas, and Jesus was a Jew, so you see the connection here.

However, Orthodox Christians disagree with the Christmas date being December 25th.

The new calendar has adjusted the year’s duration from 365.25 to 365.2425 days. This difference may seem insignificant, but it amounts to an entire day per century.

Thanks to this adjustment, festivals no longer drift off the schedule over time.

Before the Gregorian calendar, the whole world used the Roman or Julian calendar implemented by Julius Caesar.

After the calendar change, dates have shifted by ten days. For instance, Thursday, October 4th, 1582, was followed by Friday, October 15th.

The Catholic church instantly adopted the new calendar. But some nations thought they were cheated out of 10 days and refused to accept the change.

So to our day, Orthodox Christians consider Christmas day to be on January 6th. It’s commonly called Old Christmas, as it’s celebrated based on the old calendar.

While Orthodox Christian religion follows the old calendar, its adopters use the Gregorian calendar in real life.

This has led to some people living in Eastern Europe celebrating both “new” and “old” Christmas. After all, the more occasions you have to celebrate, the better.

The Complete History of Christmas Candy CanesWhat is Hanukkah? Is it Linked to Christmas?
Hello, I'm Carolyn